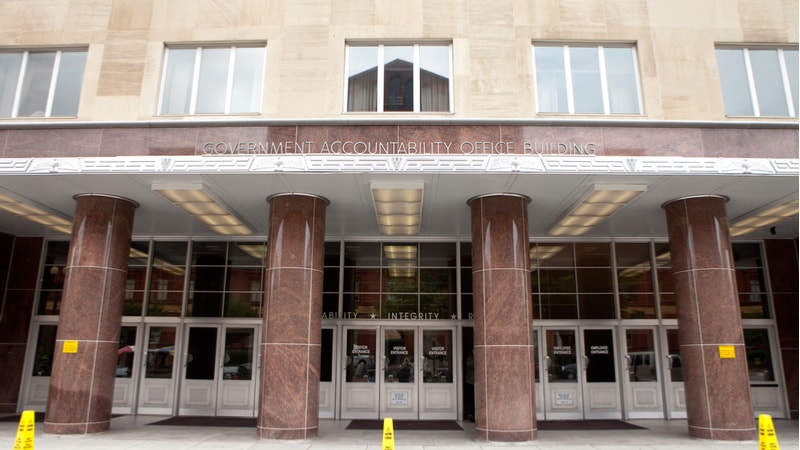 GAO said it found that the four agencies have taken steps to establish plans and policies “that align with” eight OMB requirements for FITARA compliance and to provide agency CIOs with “visibility into and oversight over the IT budget,” and said that all four of the agencies had established policies and procedures “related to the level of detail with which IT resources are to be described in order to inform the CIO during the planning and budgeting processes.”

But along with noting that level of agency progress, GAO said that agencies “varied…as to how fully they had established policies and procedures related to some other OMB requirements.”

GAO also found that “none of the four departments had yet established procedures for ensuring that the CIO had reviewed whether the IT portfolio includes appropriate estimates of all IT resources included in the budget request.”

“Where the departments had not fully established policies and procedures, it was due, in part, to having not addressed in their FITARA implementation and delegation plans how they intended to implement the OMB requirements,” GAO said. “Until departments develop comprehensive policies and procedures that address IT budgeting requirements established by OMB, they risk inconsistently applying requirements that are intended to facilitate the CIO’s oversight and approval of the IT budget. 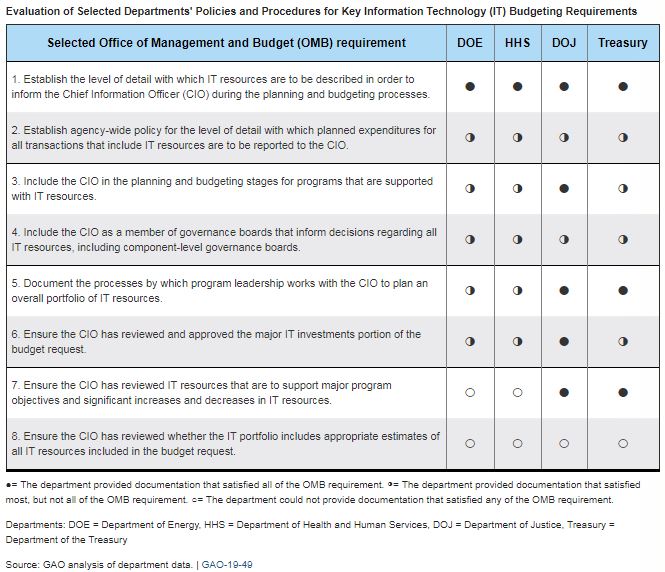 Based on its findings, GAO issued 43 recommendations to the four agencies–and four of their sub-agencies–“to address gaps in their IT budgeting policies and procedures, demonstrate implementation of OMB requirements, and establish procedures to ensure IT budgets are informed by reliable cost information.”

Agreeing with the recommendations were HHS, DoJ, the Federal Bureau of Investigation, the Internal Revenue Service, and the Centers for Medicare and Medicaid Services. According to GAO, DoE partially agreed with one recommendation, and agreed to the remainder including for its National Nuclear Security Administration component agency. Treasury neither agreed nor disagreed to GAO’s recommendations, the watchdog agency said.