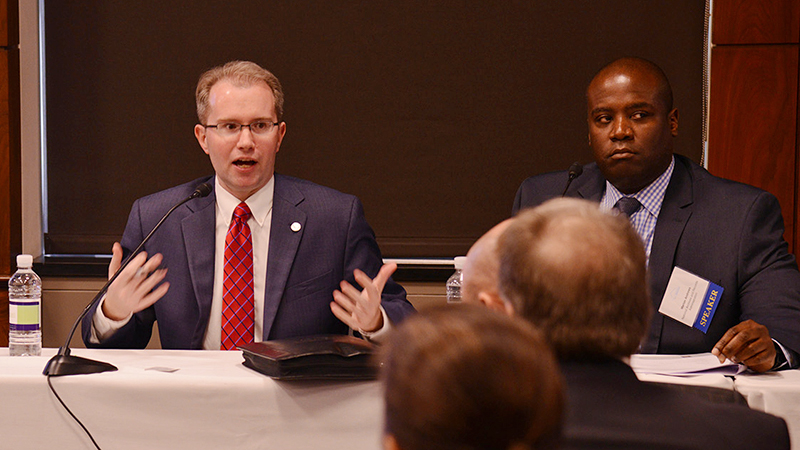 Bray, chief information officer of the Federal Communications Commission, will be tasked with driving internal and commercial innovation when he moves to the NGA in July. The NGA is a military intelligence agency that exploits and analyzes images that show physical features and geographically referenced activities on the Earth.

Bray has made strides with the FCC’s IT systems throughout the years by modernizing its universal licensing system, democratizing data access, and updating several legacy IT systems. The FCC operates 100 percent on the cloud or through a commercial service provider because of Bray’s leadership.

“It really is a much larger team than me,” Bray said in an interview with MeriTalk in February 2016. “Our success really is because of the entire team we’ve got. It is a team of tens, if not hundreds. Change really does occur when you find the maximum optimization of everybody to their gifts. One of the things I like to ask people is what brings them joy? Because if you figure out what brings them joy, whether they’ve been at the FCC for 30 years, or whether they just showed up last month, then you can figure out how to best put them forward.”

During Bray’s time at the FCC, the agency cut its contracted workforce by about 200 positions. The agency also reduced its legacy IT spending by more than 35 percent, and the agency spends lass than 50 percent of its $64 billion IT budget operating and maintaining old systems.

One of the first signs of the job change is that Bray’s Twitter handle, where he frequently communicates with experts in the IT industry, is now @chief_ventures.