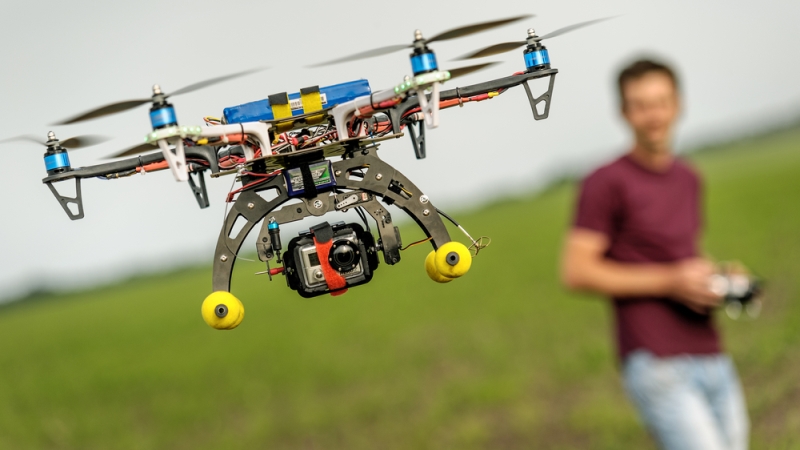 The Federal Aviation Administration has registered 690,000 unmanned aerial vehicles, or drones, since late 2015. But the skyrocketing increase in drones has created a new set of data management challenges that can only be met by modern IT capabilities, according to FAA officials.

Drone operators are required to notify air traffic controllers when their devices are within five miles of an airport, and there are 19,000 airports in the United States. To moderate this massive data collection effort and facilitate communication, FAA uses Esri’s GIS tools for its “FAA Drone and Plane Safe Integration” map, according to Langston Majette, a senior support staff member at FAA’s Unmanned Aircraft System Integration Team.

Through this map, which is constantly updated with flight requests, the FAA can determine how close drones can fly to runways, depending on the day’s air traffic. Majette said that he and his team can also make line-of-sight analyses from the air traffic control towers of any airport in the country using the GIS software. He stated that input from private aviation companies is important for successful data management.

“This is how FAA envisions using data-based analysis for drone operations,” Majette said. “These partnerships are critical.”

Another solution the FAA created is the B4UFLY smartphone app, which allows drone operators to determine whether there are any restrictions or requirements in effect at the location where they want to fly. The app contains interactive maps with filtering options, a “clear” indicator so operators can check the status of their planned flights, and access to other FAA UAV resources and regulatory information.

In addition to creating new apps, FAA has also transformed legacy charts into more modern formats. Brian Murphy, a cartographer at FAA, said he worked with the United States Geological Survey to place information from reams of paper charts on a “living atlas.” FAA’s digital interactive maps, containing information on elevation, transportation, and hydrography, use 70,000 designated points. FAA also created an open data set in 2016 as part of its external data access initiative, so people outside the agency can use FAA information.

“Our goal is to spur innovation and advance the safety of the aviation industry,” Murphy said.