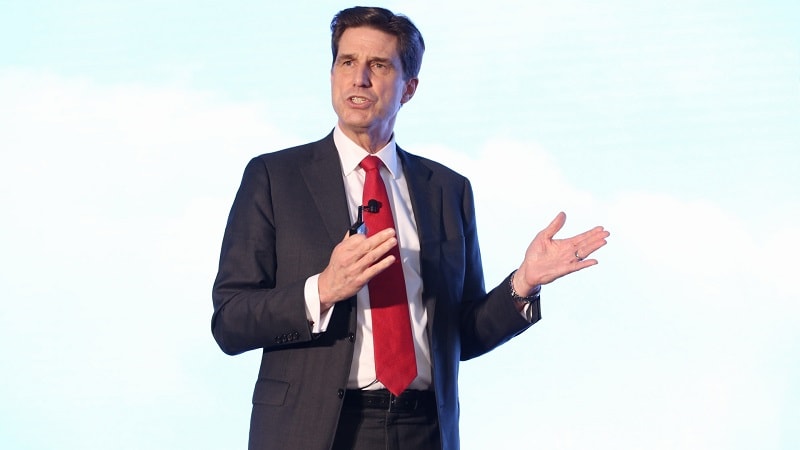 In a virtual global townhall for Department of Defense (DoD) CIOs and technology leaders late last week, DoD CIO Dana Deasy provided updates on the department’s modernization efforts, including the COVID-19 Task Force’s successes and the importance of data.

During the Aug. 12 town hall, Deasy praised the DoD’s COVID-19 Task Force. He said the Task Force’s work, alongside IT organizations across the DoD, has “helped to protect DoD personnel, ensured continued execution of missions and supported the whole of government approach in combating the pandemic.” Addressing the IT leaders watching the town hall, Deasy said that their work has not gone unnoticed by combatant commanders, leaders from across the services, and the Secretary of Defense.

One of the Task Force’s major projects was ensuring a smooth transition to majority telework across the Pentagon – which Deasy said has been a huge success.

“It was there. It worked,” he said, speaking of the telework tools used by service members and DoD civilian employees. “Yes, we had our moments where we had to scramble and get things fixed, but if you kind of take the long view of this thing, it was a truly remarkable result by all of you, so a huge ‘thank you.’“

Getting telework capabilities in place required the collaboration of U.S. Cyber Command, the National Security Agency, the Defense Information Systems Agency, the Joint Staff, the military services, and the National Guard Bureau, as well as Deasy’s team. In short order, the DoD was able to ramp up to hundreds of thousands of remote workers.

Deasy stressed that data will fuel the department’s efforts to bring intelligence and operations together. He said that quality, secure data is what will help aid the development of AI. Specifically, Deasy praised the efforts of the Joint Artificial Intelligence Center (JAIC) over the last 18 months.

The town hall also heard from other DoD leaders. Navy Rear Adm. William Chase, senior military advisor for DoD Cyber Policy, stressed the importance of a strong cybersecurity posture. He explained that foreign adversaries are constantly trying to attack the information space through daily cyber intrusions, intellectual property theft, and attempts to deny DoD’s use of command and control, networks, and communications. The only way to stop their efforts is by making joint interoperability and all-domain command and control a top priority for the Pentagon.

“Today we have a culture that’s driven by security through compliance,” Weis said. “We need to get to a state where security is driven as a constant state of readiness.”