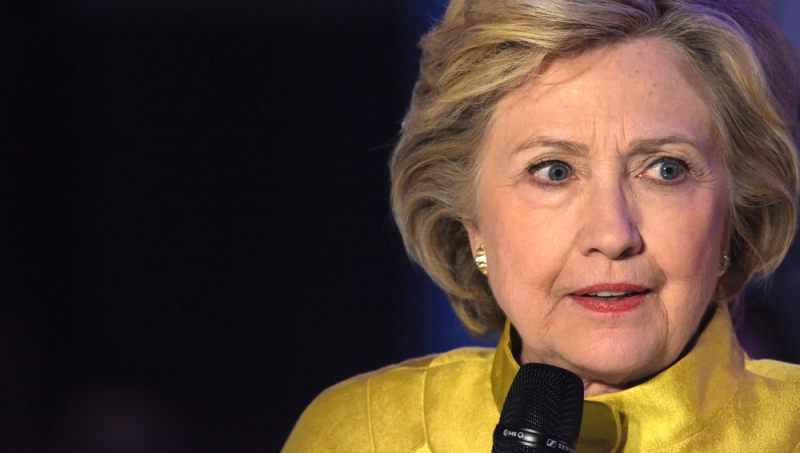 Former Secretary of State Hillary Clinton said on Oct. 6 that the Federal government needs to classify cyberattacks on the United States as acts of war.

Clinton referred to the Russian hacks on the Democratic National Committee as a reason for the U.S. to retaliate against such breaches. The hacks by Russian actors and the release of stolen files during the campaign served to derail the presidential election, according to Clinton, the Democratic nominee.

“Now, there were many factors that influenced the outcome of the election,” Clinton said at Stanford University. “In fact, it was something of a perfect storm. But today I will focus on the information warfare waged against us from the highest levels of the Kremlin.”

According to a declassified report released in January, from the leaders of the intelligence community, Russian President Vladimir Putin “ordered” an effort to influence the U.S. election and “denigrate” Clinton.

“Russia’s goals were to undermine public faith in the U.S. democratic process, denigrate Secretary [Hillary] Clinton, and harm her electability and potential presidency. We further assess Putin and the Russian Government developed a clear preference for President-elect [Donald] Trump,” the report states.

The declassified report was compiled by the Office of the Director of National Intelligence (ODNI), the Central Intelligence Agency (CIA), and the FBI.

“Here’s what we know right now: To drive a wedge between Democrats just as we were coming together after the primary, Russian hackers stole and selectively published files from the Democratic National Committee,” Clinton said. “It was a virtual Watergate break-in. Later, to blunt our momentum, and distract from the Access Hollywood tapes, they released emails stolen from my campaign chair, John Podesta.”

Former FBI Director James Comey confirmed in a House Select Committee on Intelligence hearing in March that his agency has been conducting an investigation since late July 2016 into Russia’s 2016 election hacking and whether members of the Trump campaign coordinated with that interference.

“In particular, they were trying to demoralize, disillusion, and demobilize the traditional Democratic base and get them to stay home on Election Day,” Clinton said. “But we already know that Trump publicly cheered on the Russian operation and took maximum advantage of it, helping hand Putin his victory.”

In the case of the DNC hack by the Russian government, the United States expelled 35 Russian diplomats and imposed economic sanctions. Robert Axelrod, Walgreen Professor for the study of human understanding at the University of Michigan, said that these consequences were not enough to prevent future hacks. Axelrod said that peacetime cyber norms, like those created by the State Department, aren’t enough to determine when it’s appropriate to retaliate.

“Unfortunately, there’s been a substantial breakdown in the distinction between war and peace,” Axelrod said in April. “With cyber, it’s not clear exactly how big it is.”

Theodore Nemeroff, senior adviser at the State Department’s Office of the Coordinator for Cyber Issues, worked on the cyber framework, and said that it encourages transparency about what cyber capabilities states are working on and encourages cooperation between states when an international cyber incident occurs.

The State Department folded the cyber office and position of cybersecurity coordinator into the bureau of business and economic affairs in September. The cyber office was in charge of gaining support from other countries for the agency’s international cyber norms.

Nemeroff said that the State Department created peacetime norms in order to give states a rallying point when another country veers from the norms.

“As more and more governments are developing capabilities…to operate in cyberspace, this creates the possibility for instability,” Nemeroff said in April. “We will respond to cyber incidents using all means of national power.”