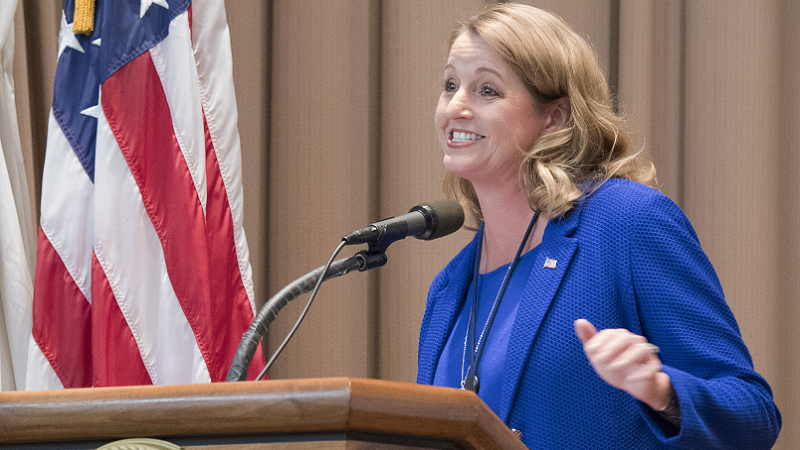 Federal CIO Suzette Kent, testifying today at a joint subcommittee hearing of the House Oversight and Government Reform Committee, said that the Federal government intends to complete all of the tasks outlined in the Federal IT Modernization Report by the end of the year.

She said that the majority of those tasks are already complete, and that many have beaten the timelines the government had set for itself.

President Trump’s Cyber Executive Order of May 2017 mandated the creation of IT Modernization Report, which was published by the White House in December of the same year. In the report, the Office of Management and Budget (OMB), working with the American Technology Council, Department of Homeland Security (DHS), and other agencies, outlined 52 “discreet, time-bound tasks” to modernize IT systems and curb cyber risks, Kent said. At today’s hearing she reported the progress made against those goals.

“I share with you today that 37 of those 52 tasks have been completed, many of them ahead of schedule, and we intend to complete the remaining tasks by the end of the year,” she said.

Kent noted that the tasks focused on major areas that include safeguarding Federal government high- value assets, network consolidation, use of commercial cloud solutions, and strengthening identity management practices. Regarding the first of those, Kent lauded agency cooperation to identify the key IT priorities across government.

“One of the critical things that we did as part of the President’s Management Agenda (PMA) is reassess high value assets,” she said. “I am pleased to say that we had 100 percent participation from every agency to identify those assets that are most critical, applications and data, and we’re working with DHS on those that are most critical for [the] next set of activities.”

She acknowledged that certain milestones – such as those set for agency monitoring tools through the Continuous Diagnostics and Mitigation Program – are behind schedule, and she said OMB is “working very aggressively with DHS” to address the lagging agencies.

Kent said that the goals laid out in the IT Modernization Report and in the PMA are helping to address numerous recommendations made by the Government Accountability Office to stem the rising tide of cybersecurity threats.

Asked by Congress what it can offer to further curb those risks, Kent implored renewed funding of the Technology Modernization Fund, saying the nascent Federal program will accelerate modernization and in turn improve cybersecurity.

“Congress can continue to help us through funding of the teams that focus on these efforts, through creative vehicles like the Technology Modernization Fund, that let us actually advance the modernization activities much more quickly,” she said.