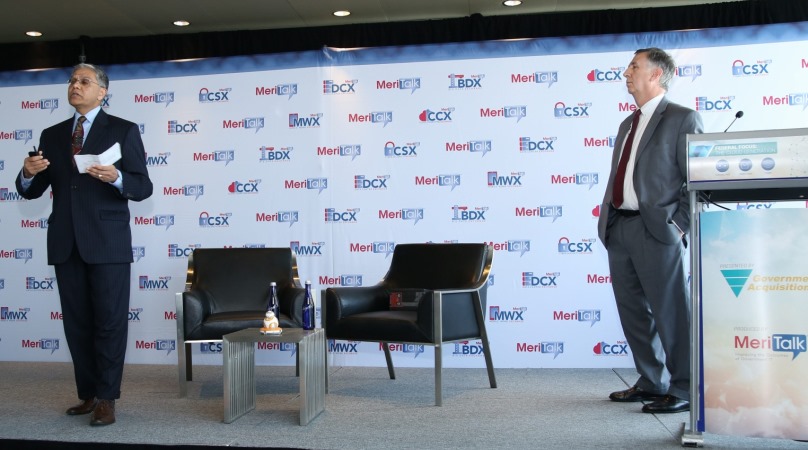 The secret to the Small Business Administration’s success in going from cloud launch to receiving an authority to operate (ATO) in less than three months was to burn the bridge back to the old way of doing things and commit completely to cloud migration, according to SBA Deputy CIO Guy Cavallo and CTO Sanjay Gupta.

“You have to make those bold choices, and you have to go full in, if you will,” said Gupta.

According to Gupta and Cavallo, who both spoke July 12 at the Federal Focus: The Cloud Generation event, the agency was able to move from data centers to cloud without any new funding largely because they eliminated spending on contracts that maintained the data centers, and used that money to purchase the cloud services.

“We’re all in, we’re getting out of this data center, so why should I pay maintenance for servers or hardware that, six months from now, they’re not going to be there?” said Cavallo.

He added that SBA also took advantage of free consulting time that had accrued from current contracts to talk about how his agency could move to cloud services.

“That got us almost $100,000 of consulting. No contract mods, it was part of our agreement, SBA had been paying for it,” said Cavallo. He and Gupta explained that they worked closely with their CFO and inspector general to make sure that the savings from canceled contracts wouldn’t be taken away from them, and to stress the importance of reinvesting the money into cloud.

“Talk to your CFO. I didn’t want to make these cuts and have them take the money away,” said Cavallo.

SBA also turned existing contracts for break/fix support, teams that perform services when there’s a problem with the infrastructure, and changed them to include migration teams that could fill gaps in SBA’s cloud talent.

“I had existing contracts; I just changed the scope of what we were asking for,” said Cavallo.

“Put simply, these are benefits, services that we have already paid for,” said Gupta. “It is up to us to make sure that we are able to utilize.”

Both Gupta and Cavallo emphasized the need to have leadership that is fully committed to “burn the bridge” and invest in bold moves to the cloud, praising current SBA CIO Maria Roat for providing that kind of leadership.

“The biggest question you have to ask yourselves is, ‘are you really going to do this?’ ” said Cavallo. “Don’t do this partway, you either go all in or you’re really going to run into problems.”

Gupta advised agencies with more reticent CIOs to work hard to convince them through business cases and potential savings through cloud.

“If you do not have the right executive sponsor on a technology project, it will fail,” said Cavallo. “If you don’t have it, I’d say don’t go.”

However, Cavallo and Gupta encouraged taking the cloud migration plans of other agencies, such as SBA, and adjusting them to work for one’s own migration program.

“Beg, borrow, steal from another agency that’s already done this and re-create their processes,” said Cavallo.