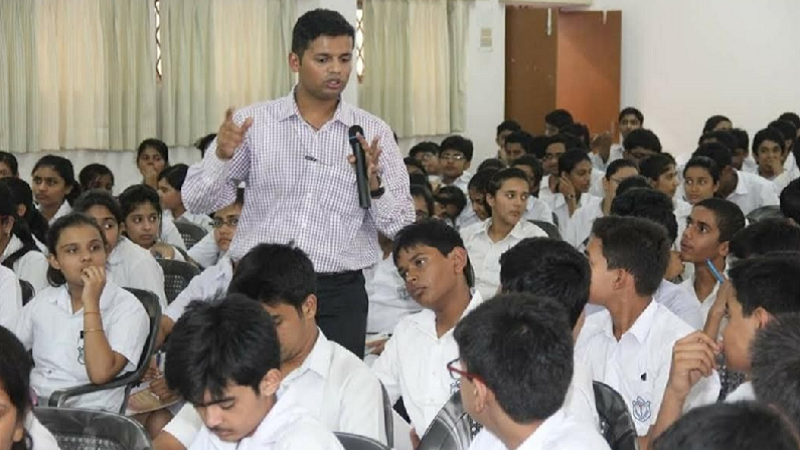 Over a decade ago, the world saw its first cyberweapon. The tools of social media were being used for misinformation and people were being exploited online.

“That’s what made us think about a solution,” said Vineet Kumar, an IT specialist from Ranchi, the capital city of the state of Jharkhand, India, and the founder of the Cyber Peace Corps.

Kumar was not new to the perils of the web. At the age of 14, in 2003, Kumar founded the National Anti-hacking Group to combat cybercrime. But a decade later, after seeing the challenges presented by malicious social media and the deployment of the cyberweapon Stuxnet, Kumar knew his anti-hacking group needed more help to meet the growing difficulties online.

“A smart, talented team like us could not solve all the challenges,” said Kumar, in an interview last October. “The whole idea was to gain volunteers who can work for the corps to spread awareness about online safety and cyber peace.”

In 2013, the Cyber Peace Foundation was born, with Kumar as founder and president. Volunteers, called corps members, would make up the foundation’s Cyber Peace Corps.

“The need of the hour”

Headquartered in Kumar’s hometown of Ranchi, the Cyber Peace Corps recruits and trains volunteers to educate others on topics like password protection, phishing scams, and online safety. The organization now has over 1,000 volunteers, based mainly in India.

Kumar emphasized that the Cyber Peace Corps is not just “for techies, it’s for everyone.” Much of the corps focus is on cyber education. With the world’s second largest population of internet users, India has around half a billion people on the web.

“It is the need of the hour to talk about how things go online,” said Janice Verghese, who leads the training and content development department for the organization.

Through its website and social media accounts, the organization creates resources to promote cybersecurity best practices and alert individuals of cyber harassment, disinformation, and malicious attacks.

“The internet is not a value-free zone,” Verghese said. “We need to be respectful towards each other and our values.”

Each volunteer must fill out an application through an online portal and sign a 10-part oath to promote the values of the organization online. As part of the oath, volunteers commit to not illegally download copyrighted materials or disseminate content that is fake.

Through workshops and seminars, the Cyber Peace Foundation and its corps teaches people about online safety in-person as well.

When the Cyber Peace Foundation came to Galgotias University in Greater Noida for a workshop in March 2019, college student Harsha Agrawal said she was inspired by what she heard and decided to join the corps.

And while Kumar says the Cyber Peace Corps is for everyone, the organization does get contributions from volunteers with more technical expertise, who address high-level cyber issues.

Volunteers at Veermata Jijabai Technological Institute (VJTI) in Mumbai work on reverse engineering malware and preparing for the next generation of attacks.

“It’s a win-win situation,” said Kumar, who served as CTO and head of the state government agency, Cyber Defense Research Centre (CDRC) of Jharkhand Police. Volunteers get to do research on active projects and devote time to a social cause while they are in school, he said.

The organization is looking to spread from its pilot in India and take its message of cyber peace to other places across the world.

“In the past two years, we have seen a sudden rise in the number of requests coming from different nations,” said Kumar. “People wish to be a part of the [Cyber] Peace Corps and contribute.”

One of the challenges with growing the organization is creating content in different languages, said Kumar, but adds that “the solution lies with the volunteers.”

“Many volunteers are just coming forward and helping us,” Kumar said.

An Idea for the United States?

During the presidential campaign of 1960, then-Sen. John F. Kennedy spoke of the idea of serving the country overseas during a rally at the University of Michigan. Six months later, the Peace Corps was founded during his administration.

Since 1961, roughly 240,000 people have served as Peace Corps volunteers in over 140 countries around the world. The national service organization AmeriCorps, founded in 1993, has over 1 million alumni.

AmeriCorps has no cyber-specific component though, and Scott Shackelford, cybersecurity program chair at Indiana University-Bloomington and Cyber Peace Foundation board member, has proposed bringing Kumar’s idea of a Cyber Peace Corps to the U.S.

He wrote about the possibility of amending the Edward M. Kennedy Serve America Act, to expand service organizations into the cyber realm in a 2017 article. He also mentioned Kumar’s organization as a possible model for other non-governmental organizations (NGOs) to follow.

“We all have a role to play in building a more peaceful cyberspace,” Shackelford said.

With state-sponsored disinformation campaigns and ransomware attacks on local governments, Kumar is not naïve to the scope of cyber challenges.

“It’s not something that one person can solve alone,” he said.

Though Indiana University’s Shackelford calls Kumar “a very talented organizer” and Agrawal, the college student and volunteer, calls Kumar “inspiring,” the organization’s founder shies away from the spotlight.

“It’s not about a person who inspires, it’s about the problem,” said Kumar. “The community has to come together to solve the problem.”

“It’s like crowdsourcing cybersecurity,” he says. “The community itself has the answer.”