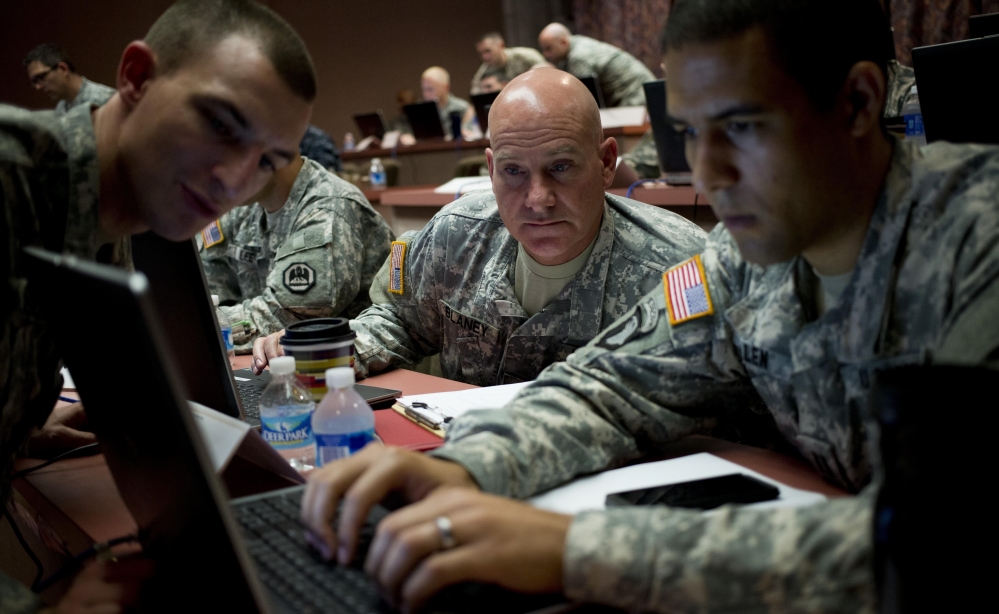 The U.S. military may find itself incapable of achieving decisive victory on the battlefields of the future unless it fixes once and for all its broken acquisition system and begins immediately to experiment with new war-fighting concepts involving radical new technological capabilities.

“Simply buying more of what we have now is insufficient. That’s not how we will preserve our military technological advantage or win our future wars,” said Senate Armed Services Committee Chairman Sen. John McCain, R-Ariz., during a hearing Tuesday that explored how the wars of the future will differ from those of the last two decades. “Our enemies are not just investing in new defense technologies, they’re investing in strategies to counter America’s traditional military strengths asymmetrically through cyber, hybrid warfare, and anti-access and area-denial capabilities.”

Modernization will require targeted and sustained investments, McCain said. “We’re witnessing rapid technological advancements in areas such as cyber and space capabilities, robotics and unmanned systems, miniaturization and directed energy, hypersonics and data analytics. This is not science fiction. It is happening right now and we better understand the implications of these changes for the future of warfare,” he said.

The post-9/11-era modernization effort is a major challenge for the defense acquisition community, McCain said. Today, disruptive technologies are more often being developed by nontraditional commercial companies than traditional defense industry firms. In fact, the top four U.S. defense contractors combined spend only 27 percent of what Google does annually on research and development, according to McCain. “And yet the Defense acquisition systems all too often serve to repel rather than attract producers of disruptive new technologies. Leading commercial companies are innovating on an 18-month cycle, but the Department of Defense is stuck on an 18-year cycle,” he said. “This is a recipe for failure and fixing this problem must continue to be a top priority for this committee’s acquistition reform efforts.”

The U.S. military also depends on critical infrastructures that are owned and operated by private industry, Alexander said, and those infrastructures face “tremendous vulnerabilities,” he said. Increasingly, America’s adversaries are bolstering their traditional military capabilities with cyber actions targeted against U.S. infrastructure.

“Those nations that disagree with us are looking at ways to come at us using the full spectrum of power. And within the military [sphere] the easiest form for at least Russia and Iran has been cyber,” Alexander said. “And now if you look at what’s going on around the world today—you can see that what’s going on in Syria, if we have a disagreement with Russia, or if the Iran deal goes bad, or if we don’t have a meeting of the minds on the Ukraine, or something pops up in North Korea—I expect these countries will come back at us with cyberattacks. And our nation is not ready for these types of attacks.”

The U.S. needs the cyber equivalent of a missile defense radar, Alexander said. And it must be automated to be able to respond effectively to cyberattacks that can travel halfway around the world in 67 milliseconds.

But fixing the acquisition system is critical to being able to develop such technological advantages before our adversaries, said Bryan Clark, senior fellow at The Center for Strategic and Budgetary Assessments. According to Clark, there are key ways to drive the Defense Department to be able to develop new technologies more quickly. “The first is operational concepts,” Clark said. “Today we develop technologies absent a real idea of how we’re going to use them and we develop ways of fighting that don’t take advantage of the new technologies. We need to marry those two ideas up and get new operational concepts that leverage new technologies to be able to build requirements that drive the acquisition system toward new systems.”

The Pentagon also spreads its investments across too many programs, he said. The department should focus its investment efforts on those programs that are most likely to produce the greatest strategic value for the nation in the future.

Paul Scharre, senior fellow and director of the 20YY Warfare Initiative at the Center for a New American Security, said simply building new ships or aircraft will no longer solve America’s military modernization challenge. “The path that we’ve been on with the acquisition system that we have will build something even more expensive—it will be good, but even more expensive—and we’ll have even fewer of them,” he said

Early research is underway throughout the Pentagon on these types of operational constructs. The Army, for example, is developing concepts for dispersed operations inside of denied-access areas and the Marine Corps is experimenting with distributed operations in the littorals. Perhaps the most interesting research is taking place at the Naval Postgraduate School, where officials are experimenting with aerial swarm combat involving a dogfight among 100 unmanned drones.

“Collectively, these hint at the next paradigm shift in warfare, from fighting as a network of a very small number of expensive, exquisite assets…to fighting as a swarm of a large number of cooperative distributed assets,” Scharre said. The main obstacle to achieving this future is not technological, but conceptual and finding the willingness to experiment with new ways of war fighting.

“We must rethink and reimagine and reshape our military around these disruptive new technologies,” McCain said. “That’s the only way we will sustain our qualitative military edge. This will require tough choices. Prioritizing for the future will not always be popular in all quarters of the defense establishment. Advocates for the status quo will likely resist change.”