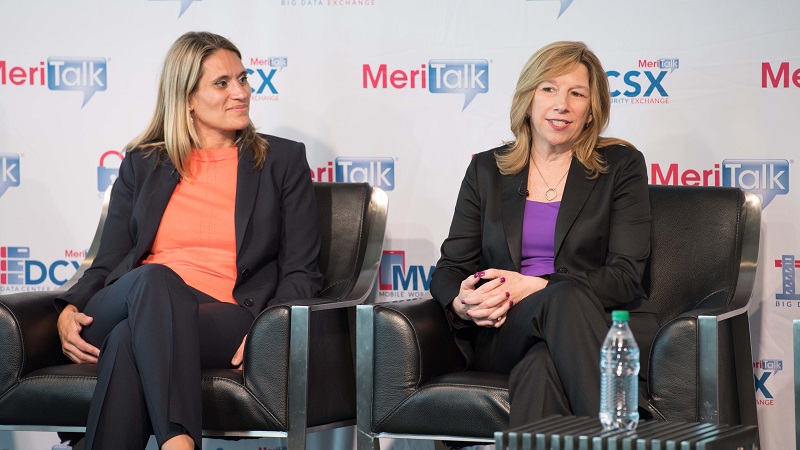 A strong cultural push–one that doesn’t discourage creativity, change, and even failure–is necessary to drive innovation within IT departments, according to a panel of government leaders and a private sector IT executive gathered Wednesday at MeriTalk’s 2018 Cloud Computing Brainstorm.

“It all comes down to trust,” said Annette Redmond, director of technology and innovation at the State Department. “If your user base doesn’t trust that you’re going to make them more successful in their day-to-day mission, those broader things you want to do in order to change the larger culture of your organization are going to be far more challenging.”

The panel sought to showcase women in IT that are working to drive change within their organizations. Many said they were fortunate to be immersed in a culture that allows them to thrive, but said that providing a voice at the table for everyone isn’t always an easy thing to do.

“You quickly shut down if you don’t have that culture where people feel like they can bring their ideas forward, and they trust people are going to listen to them and respect them,” said Vicki Schmanske, deputy group president at Leidos Health. “To me, that’s so imperative in building a culture where we’re going to get to inclusion that breeds innovation.”

Schmanske recalled a time at a former employer before a leader in the organization set out to make trust and inclusion part of the company playbook.

“You have to take a very thoughtful and purposeful approach to executing on that challenge,” said Steve Harris, senior vice president and general manager of Dell EMC Federal, who moderated the panel session. “There’s probably nothing you can do that’s more important to your business outcomes than successfully executing on building better gender and cultural diversity in leadership.”

Mona Siddiqui, chief data officer at the Department of Health and Human Services, said that this culture shift can’t be a tack-on, but must be a baseline consideration when outlining an organization’s vision.

“I’m not a real fan of the word diversity strategy, because it should just be the strategy,” she said. “The way to really facilitate that is not to, after you’ve been existent for 10 years or more, to then think about what your diversity strategy is. It’s really about building it up from day one, and living and breathing it from day one.”

The session also highlighted achievements in that area.

“At USCIS, we have innovated and pushed all the boundaries when it comes to culture,” said Sarah Fahden, chief of the identity records and national security division at U.S. Citizenship and Immigration Services. “I really feel like it has taken a lot of persistence and a whole lot of resilience in order to do that, because people just inherently don’t want to change. It’s scary for them. I think the fear of failure is large.”

Fahden keyed in on that concept of failure, and said that leaders should encourage new avenues of thinking, even if the outcomes don’t always pan out.

“Pushing [employees] to want to be innovative–allowing them to fail, and fail fast, and move on from that, and pivot, and keep going–I think it really starts at the leadership level,” she said. “It has to be the leaders pushing that culture.”