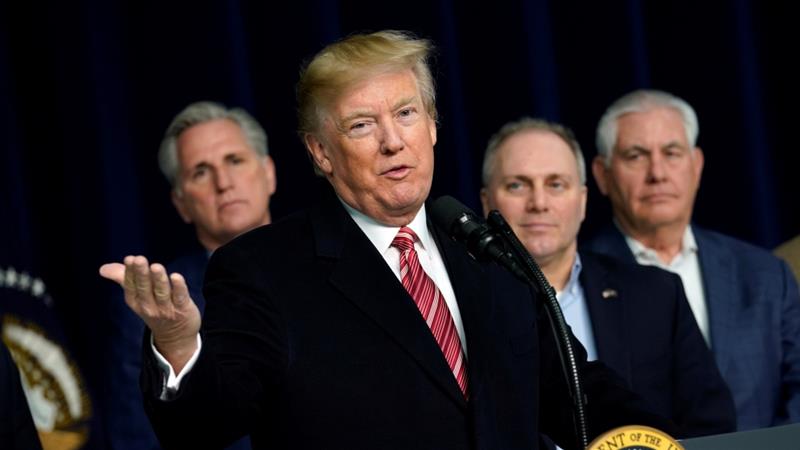 President Trump said in a statement on Thursday that he would veto any spending bill that doesn’t include funding for a border wall. That includes the short-term continuing resolution funding bill that Senate Majority Leader Mitch McConnell, R-Ky., introduced Wednesday. That bill was approved by the Senate by voice vote. “I’ve made my position very clear: Any measure that funds the government must include border security,” Trump said today during a signing ceremony for the Agricultural Improvement Act of 2018, otherwise known as the Farm Bill. Parts of the Federal government are due to shut down on Saturday without additional funding.