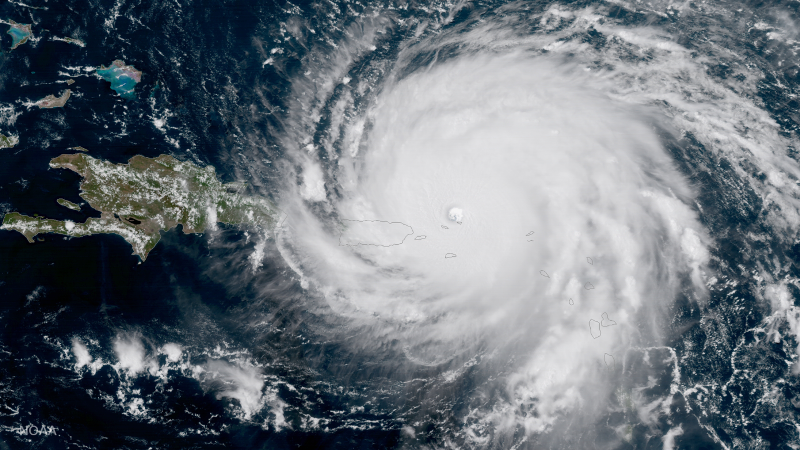 Telecommunications companies, including Comcast, AT&T, and Verizon, are expanding Internet and cellphone coverage, and deploying emergency equipment in preparation for Hurricane Irma.

Comcast made its Xfinity Wi-Fi hot spots free to all Floridians to help first responders stay connected and informed during Hurricane Irma.

Comcast provided a map of its more than 137,000 hot spots, which are located in various parks, shops, and businesses.

Comcast instructed users to get in range of a hot spot, select the “xfinitywifi” network name, and then open a browser. People who aren’t Comcast subscribers should visit the “Not an Xfinity Internet Customer” section on the sign-in page to get connected. These non-customers will be able to renew their complimentary sessions every two hours through Sept. 15.

“We know it’s critically important for everyone to have a means of communication at their disposal before, during and after a storm with the potential impact of Hurricane Irma,” said Amy Smith, senior vice president for Comcast’s Florida Region. “By activating our Wi-Fi hotspot network across the state now before the storm, we increase the chance that more people can stay connected.”

AT&T is also preparing for the storm by activating its National Disaster Recovery (NDR) program, which includes hundreds of technology recovery and support trailers that can be deployed to respond to disasters. The NDR team is working with local AT&T network personnel, regional emergency operations centers, and local response centers to keep service going until permanent repairs are made.

AT&T is also increasing its NDR fleet with new equipment to support first responders as part of FirstNet’s nationwide public safety broadband network. AT&T will have  more than 700 pieces of equipment, including the Cell on Wheels (COWs), Cell on Light Trucks (COLTs), trailers, and generators in order to maintain its network and benefit the first responders.

The NDR team is also evaluating using its Flying COWs (Cell on Wings) into the fleet to provide emergency cell coverage for first responders and to the public if AT&T’s network is damaged during a hurricane. AT&T could one day send a Flying COW into areas where flooded roadways prevent a traditional COW (Cell on Wheels) from being deployed.

AT&T said that during an emergency situation, text messages may go through more quickly than voice calls because they require fewer network resources and reminded customers to use their phones only in critical situations in order to conserve battery life and keep from over-taxing the network.

“Customers rely on us, especially during major storms,” said Joe York, AT&T Florida president. “We do all we can to have our networks prepared when severe weather strikes. We’ve worked for the past few days to position equipment and crews to respond to the storm. We’re closely linked with Florida public officials in their storm response efforts. With a storm of this size, we may have some outages. But if service goes down, we’ll do all we can to get it back up as fast as possible.”

“Our network’s great performance during Hurricane Harvey was the result of year-round preparation on the part of our dedicated team of network engineers to ensure our customers can connect when they need it most,” said Sergei Mislevy, executive director for network assurance for Verizon Wireless. “We take great pride in providing a superior network experience, especially in and after severe weather.”