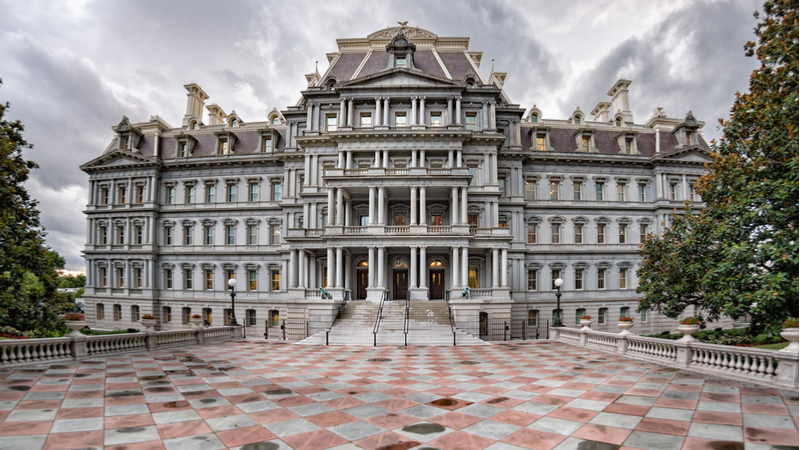 Today, Suzette Kent will walk into the Eisenhower Executive Office Building to start her tenure as Federal CIO. After cleaning out a few cobwebs–the office has been empty for over a year–Kent will get started on advancing the Trump Administration’s IT modernization priorities.

Kent is new to the nation’s capital, having previously served as financial services principal at Ernst & Young in Dallas, Texas. Since she’s now a long way away from the Lone Star State, we reached out to the Federal IT community to make sure she felt welcome in her new home.

Starting a new job can mean first day jitters. Experienced Fed IT pros from industry were quick to offer up advice for Kent.

“It’s important to understand the administration’s priorities for the role, the overarching strategic vision for the Federal Government’s IT strategy and posture,” Nick Psaki, principal, Office of the CTO, Pure Storage. “Meet with your cabinet-level counterparts, and reach out to the 200+ Federal CIOs to let them know you are here to work together to achieve the administration’s goals. Understand where you are today, what resources you have, and assess if you have what you need.”

In addition to meeting with government stakeholders, Alan Balutis, director, Cisco Internet Business Solutions Group and former CIO at the Department of Commerce, suggested that Kent build on the success of previous Federal CIOs.

“Stay the course and continue the momentum gained under [former Federal CIO] Tony Scott’s leadership,” said Balutis. “Our success in recent years has been partly due to the fact that there has been some continuity in our management agenda and in the efforts to make government work better for our citizens. Improving management has also been a relatively non-partisan, bipartisan matter where both Congress and the White House have been able to talk and compromise.”

“The traditional tools and approaches Federal agencies are using to understand and address cyber risk don’t work in today’s world,” said Hayes. “We urge the new Federal CIO to adopt a modern approach to cybersecurity that includes a comprehensive view of cyber exposure. It is critical to prioritize cybersecurity funding to ensure security is intertwined with government modernization efforts now and into the future.”

“We urge Kent to implement a cloud strategy with a secure digital workspace,” Padin said. “We advise Kent to focus on secure workforce mobility to enable agencies focus on their mission. And of course, we recommend prioritizing Next Gen Networking to enable fast, efficient, and secure constituent interaction with Government.”

Many in industry have high hopes–and high expectations–for Kent. We asked industry leaders to weigh in with what they hope Kent works on in her first year. IT modernization is clearly a top priority for everyone in Fed IT.

“If I had to select just a single ‘top priority’ it would be fast and complete implementation of the MGT Act–this should be helped by Congressmen Hurd and Connolly in their Hill leadership role,” Balutis said. “We have a checkered track record in terms of turning legislation into meaningful change in how the Executive Branch does its business. Seek funding for the central fund housed at Treasury and administered by GSA, and move quickly to get out guidance to stand up the individual Working Capital Funds in departments and agencies.”

While Psaki agreed IT modernization is important, he also stressed focusing on cybersecurity and streamlining government operations, including streamlining the IT acquisition and adoption process.

“The top priorities should be cybersecurity and IT modernization,” Psaki said. “It will be essential to secure FITARA achievement and develop the IT infrastructure vision and execution strategy that’s needed to posture the government for greater efficiency and effectiveness. We hope to see greater emphasis placed on acquisition flexibility that enables more rapid technology transformation, and clear policy guidance on how agencies can achieve their transformation and modernization goals. Ideally, this would result in shorter acquisition timelines, faster modernization of the government’s infrastructure, and rapid improvement in the overall efficiency and effectiveness of Federal IT.”

Hayes agreed that the MGT Act had to be a top priority, but also added a few other government programs to the mix.

“Moving forward with Federal IT modernization should be CIO Kent’s top priority,” said Hayes. “The MGT Act could jumpstart the modernization process and make it easier for agencies to make long-term plans and respond quickly to evolving threats and technology. Kent should also prioritize the identification and expansion of successful partnerships and solutions that are already working within the Federal government, such as the Continuous Diagnostics and Mitigation program at the Department of Homeland Security and the Assured Compliance Assessment Solution via the Defense Information Systems Agency.”

Padin focused on specific technologies that need Kent’s attention, but again drilled home the importance of IT modernization for the Federal government.

“In her first year, we recommend Ms. Kent concentrate on initiatives around application and desktop virtualization, enterprise mobility management, and network optimization,” said Padin. “Kent has a tremendous opportunity to lead the government in their efforts on a digital transformation.”

Kent is busy settling into her role and her new city–trading warm weather for winter coats and Texas bluebonnets for D.C. cherry blossoms. But once she’s settled in, she’ll get a warm welcome from industry leaders. We’re all curious to see what she does in her new role.