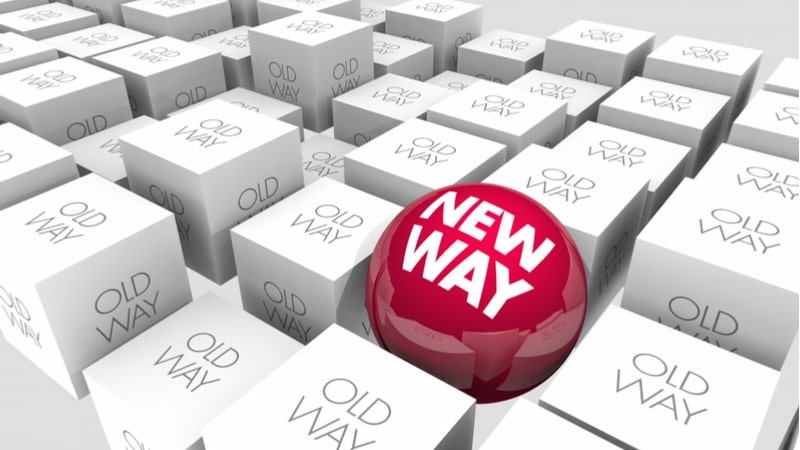 The Federal government spends at least $90 billion annually on IT, according to Performance.gov. And, Chris Liddell, deputy chief of staff for policy coordination, has said that the government could spend more than double that–up to $200 billion on IT each year. That type of spending could lead to innovation and efficiencies for Feds, but the path forward is often obstructed by end-of-life devices and unwieldy maintenance costs.

One Federal agency with a presence in more than 250 locations around the world had enough. It decided it was time to restructure its IT environment and lower maintenance costs–specifically, by implementing a reliable refresh cycle with modern solutions and standardization. Many of the agency’s devices were nearing end of life, making maintaining the technology extremely costly. When the agency did purchase new technology for its sites, it reengineered everything at the specific location, making the global offices disparate and preventing consistent operations and maintenance (O&M) worldwide. This approach required 80 percent of the budget go to engineering and travel for the implementation team, with only 20 percent remaining for the actual technology spend.

NetApp, the data authority for hybrid cloud, and IronBrick, a global IT platform provider, worked with the agency to completely rethink its approach to IT and avoid some of the complexities that come with dated technology and global scale in the future. Previously, 85 percent of the agency’s budget was spent every year on O&M related activities tied to legacy technology. To help simplify the agency’s approach to technology, NetApp and IronBrick introduced pre-engineered converged infrastructure with FlexPod solutions. Designs took place on the front-end with a focus on standardization across large, medium, and small sites, reducing the number of configurations down to three. The automation introduced with the FlexPod solutions helped increase configuration consistency across all sites, accelerated deployments, and reduced travel costs for implementations.

Another critical component for revamping the agency’s technology plan was one-touch deployment. Understanding that the traditional deployment model increased travel costs and made it difficult to meet the four-year refresh cycle, NetApp and IronBrick focused efforts on creating automated workflows with the FlexPod solutions. Leveraging application programming interfaces provided by hardware and software manufacturers enabled NetApp and IronBrick consultants to create fully supported workflows, which take deployments from a power-on state to a fully functional stack within a few hours.

Finally, NetApp and IronBrick ensured a secure and seamless process to create and deploy the FlexPod technology by partnering with Tech Data for the distribution and integration. Tech Data was the distributor for all components of the FlexPod stack, working in a large Top Secret-cleared integration ISO 9001-certified facility. There, Tech Data securely built the solutions and shipped them complete to the agency. NetApp and IronBrick were able to get new FlexPod technology to all of the agency’s locations in two and a half years, further reducing the costs once required to maintain legacy technology.

With these implementations, the agency is primed to continue a path of innovation. The agency has the potential to converge its systems and applications further to reduce its physical footprint. It is also set up with automation and orchestration capabilities for deploying workloads locally, remotely, and in the cloud. And, IronBrick, NetApp, and the agency implemented concepts associated with DevOps–specifically, agile infrastructure. The benefits realized from the DevOps methodologies are already being replicated across other programs to drive down costs while accelerating the deployment of these projects.

All Federal agencies have the power to make their dollars work for them. With guidance from NetApp and IronBrick, this Federal agency reorganized the way it approached technology to use its IT spend more effectively, modernize its resources, and ensure consistency across its global locations. By reallocating funds, replacing end-of-life technology, and partnering with resources like NetApp and IronBrick, other agencies can follow suit–ultimately reducing technology spend while driving innovation.