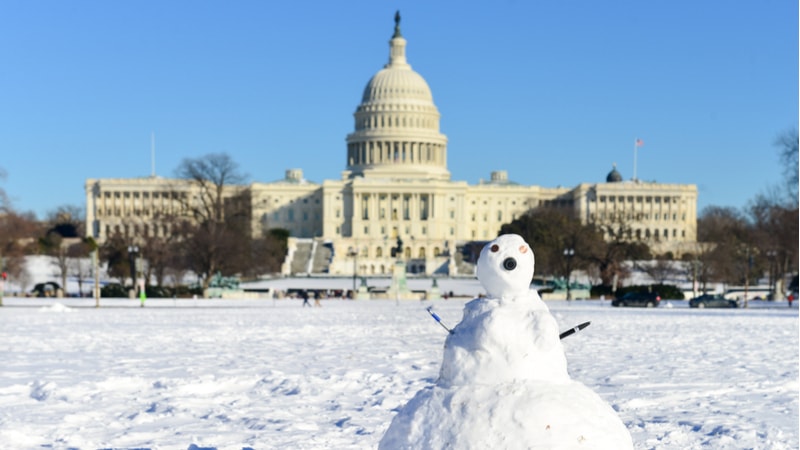 The partial Federal government shutdown continued its record-setting pace today as negotiations between the White House and Congress remained stalled and Mother Nature had a hand in preventing activity on Capitol Hill from progressing further.

The House and the Senate—both scheduled to come back into session today—were delayed by a snowstorm hitting the D.C. area over the weekend. Both bodies got to work late this afternoon. The partial lapse in appropriations hit its 24th consecutive day as many Federal agencies remain shuttered or partially so.

Speaking on the floor of the Senate, Senate Minority Leader Chuck Schumer, D-N.Y., implored Congress to act on reopening the government as it seemed unlikely that President Trump was going to budge on his position that funding to end the shutdown must include money for a southern border wall.

“The President is unwilling to move the ball forward, so Congress must,” Sen. Schumer said.

The House last week passed bills to reopen government functions piece-by-piece, but they have not been successful at reaching a vote on the floor of the Senate.

Meanwhile, President Trump continued to pledge he would not declare a national emergency as a way to get border wall funding, but maintained he has the right to do so.

Before leaving for a speech at the Farm Bureau’s annual convention in New Orleans today, the President reiterated that he will not by-pass Congress to attain $5.7 billion on border wall funding.

Trump also said that he was unsure whether Republicans and Democrats were close to a deal on reopening the government.