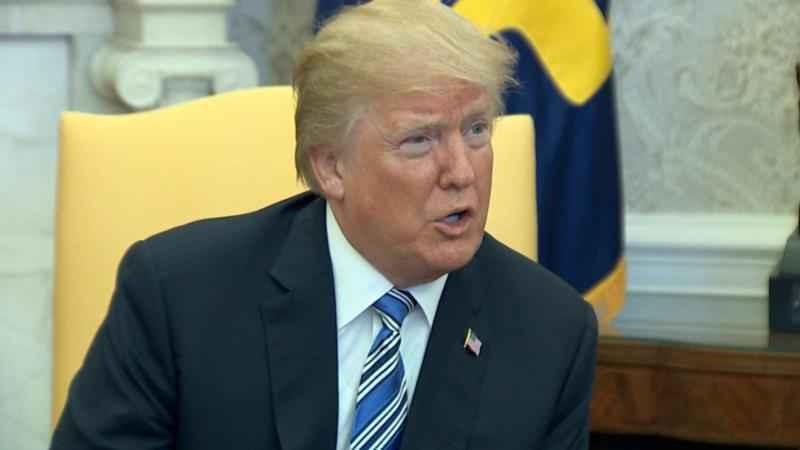 President Trump said today he intends to take a “very serious” look at proposed funding legislation that would forestall another government shutdown beginning on Feb. 15. The President also reiterated that he would like to avoid another shutdown, saying that there was no reason for it to occur.

“I don’t want to see a shutdown. Shutdown would be a terrible thing,” the President said today.

CNN reported that two sources who have spoken directly with President Trump say he intends to sign the appropriations legislation which would keep the government running through September 30, and which includes $1.37 billion of border security money.

However, President Trump has not said so publicly, and it’s worth noting that there were similar reports that the President intended to sign off on appropriations legislation in December that did not include money for border wall construction, but ultimately he declined to do so, leading to the 35-day partial government shutdown that ended Jan. 25.

Senate Minority Leader Chuck Schumer, D-N.Y., implored President Trump to sign the bipartisan legislation that is expected to hit the House floor tomorrow for a vote.

“This agreement is the last train leaving the station away from another dreaded government shutdown,” Sen. Schumer said on the Senate floor today.

The bipartisan agreement is expected to clear the House, with Chairman of the House Democratic Caucus Rep. Hakeem Jeffries, D-N.Y., saying that there is an “overwhelming majority” supporting the funding package.

Despite that support, the House Freedom Caucus is planning to introduce a stopgap measure to fund the government for an additional week after the Friday deadline so that negotiations on the deal can continue and to provide more time to read through the current funding proposal. Text of the current bill has not been released publicly.