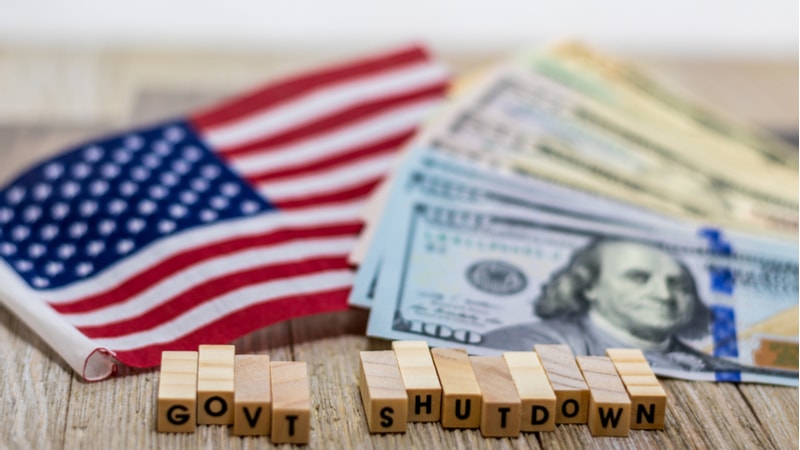 The prospects for an amicable legislative solution to President Trump’s demand for border wall funding appeared to take a turn for the worse today as House Speaker Nancy Pelosi, D-Calif., predicted there will be no such funding coming from a House-Senate conference committee looking at the issue, while President Trump indicated that legislation to fully fund Federal government operations won’t “work” unless the border wall funding he wants is included.

At stake is full government funding–past the current Feb. 15 deadline for budget authority to lapse–for a number of Federal agencies and functions, including the Department of Homeland Security. The Feb. 15 deadline is the product of a Jan. 25 agreement between President Trump and Congress to end the partial Federal government shutdown that began Dec. 22, and which hinged on the refusal of House Democrats to approve $5.7 billion of funding for the U.S.-Mexico border wall. In addition to the regular appropriations process, President Trump has said he may invoke emergency powers to get the wall funding.

During her weekly press conference today, Rep. Pelosi said, “there will not be any wall money” in the legislation being worked on by the House-Senate conference committee. She said committee members instead would discuss funding border security improvements involving more personnel, further technology deployments, and improved infrastructure at ports of entry.

Her remarks followed President Trump’s statements to reporters reflecting little confidence that the conference committee will produce a solution acceptable to him.

“I’m not waiting for this committee and I’ve told a lot of people I don’t expect much coming out of the committee because I keep hearing the words that ‘we’ll give you what you want but we’re not going to give you a wall,'” the President said. “And the problem is if they don’t give us a wall it doesn’t work. Without a wall, it doesn’t work,” he said.

President Trump also said in several Twitter posts today that the “Wall is already being built,” and, “I don’t expect much help.”

“Large sections of WALL have already been built with much more either under construction or ready to go,” the President said. “Renovation of existing WALLS is also a very big part of the plan to finally, after many decades, properly Secure Our Border. The Wall is getting done one way or the other!”