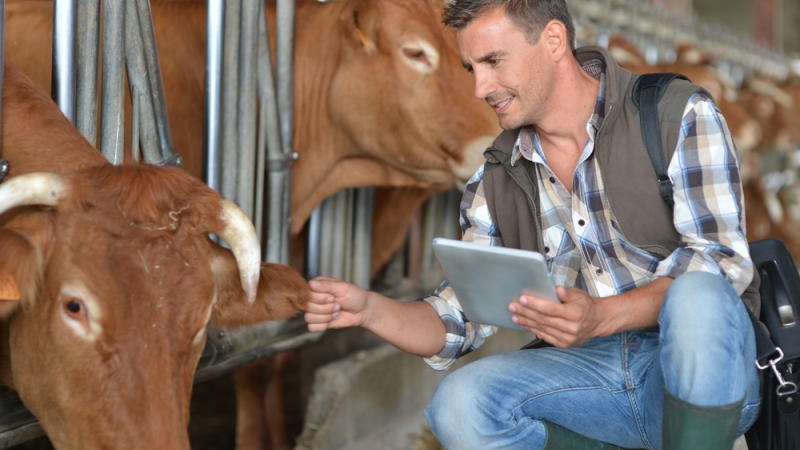 Farmers should save their cows’ numbers in their phones because cows can now send farmers a text message when they’re feeling under the weather.

An Austrian startup, SmaXtec built a half-pound, hot dog-size, Wi-Fi-enabled sensor that can be embedded into a cow’s stomach to detect the pH of the cow’s stomach, the temperature of the cow, the amount the cow is moving, and the amount of water that the cow has consumed in order to send farmers a message before the cow gets visibly sick.

The farmer maintains a base station that reads all of the data from each of the cows, adds the real-time data to the outdoor temperature and humidity, and then uploads it to the cloud. The system can also email a veterinarian to make an appointment for the farmer, to ensure the cow’s illness can be prevented quickly. The sensor’s battery lasts about four years, which is the same duration as a dairy cow’s productive life.

“Recent engineering advances and the decreasing cost of electronic technologies has allowed the development of ‘sensing solutions’ that automatically collect data,” stated a study from Cambridge University. “Use of novel sensors combined with new technologies for information handling and communication are expected to produce dramatic changes in traditional dairy farming systems.”

SmaXtec’s devices have been implanted in 15,000 cows in the past six years. The company is looking to expand to China, the Middle East, and the United States where agricultural companies sometimes have to manage herds of 25,000. Farmers pay about $600 plus $75 to $400 per cow to install the initial network. After that, SmaXtec charges about $10 a month for the service.

The devices aren’t able to detect exactly what sickness a cow might have, but the fact that they can warn farmers that an illness is present allows cows to get the treatment they need faster. The devices can also predict with 95 percent accuracy when a cow will give birth.

The devices also help farmers make decisions about what type of feed to buy and give to cows, how much to give, and when to feed them to increase the health of the herd. This data ultimately leads to a reduction in feed, medication, and treatment costs, according to SmaXtec.