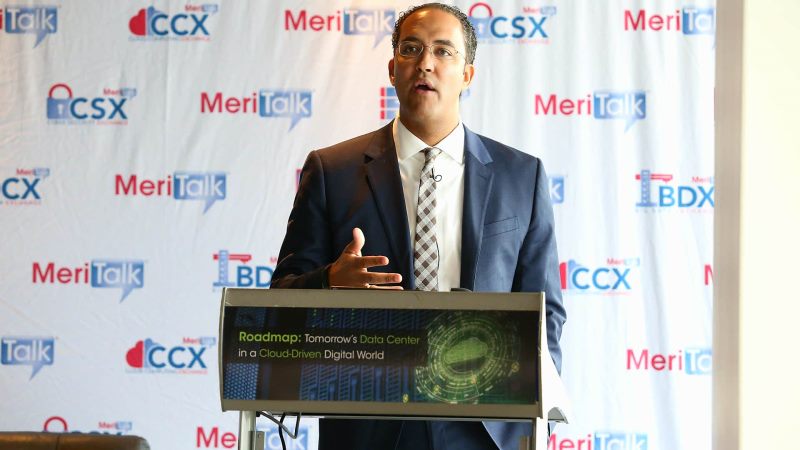 Rep. William Hurd, R-Texas, stressed at IBM’s Think Gov event today that America needs to lead the world in developing 5G wireless networks and artificial intelligence (AI) capabilities, especially with China on the rise as a voracious international competitor, and said successful development and application of the two technologies are inextricably linked.

Although the Trump administration released an executive order last month to prioritize Federal development of AI, Hurd said that the U.S. cannot reach for the more advanced AI technologies it wants until it has 5G services to fuel that effort.

“We will not achieve true, ubiquitous use of artificial intelligence until we have that 5G infrastructure,” Hurd said.

Hurd said that America’s leading role in development of 4G wireless services paved the way for its current technology giants – Amazon, Google, and Facebook, for instance – to rise. China, he added, has recognized that to carry the next wave of technological and economic dominance in its favor, pushing its 5G technologies forward and onto the international stage through equipment makers like Huawei is critical.

“China’s recognized that, and so they said that’s why they want to make sure that they own 5G for their development–not because they want to be an infrastructure provider, but they want all the companies that are in the applications stack of 5G to be Chinese companies,” Hurd said.

One barrier to U.S. 5G development is the cost of installing antennas and other infrastructure needed to support such networks. Hurd said that local and municipal governments tend to make installing antennas costly and don’t fully understand the benefits that rapid 5G deployment will bring to their communities, and stressed the value of educational reach-out on that front.

“You can’t have true driverless vehicles on any kind of scale without the ability to have 5G,” Hurd said. “You can’t have wide-scale adoption of artificial intelligence without 5G. You can’t have smart cities without 5G. I think people can’t predict what are the things that are going to come out or be created because you can’t download 150 gigabytes in a second and a half.”

Congress can play a role in incentivizing the development of 5G networks, said Hurd, but he emphasized that leadership on both 5G and AI must be achieved in concert with the private sector.  And he urged professionals in the commercial industry to ask key questions, create dialogue, and work with the government in moving those technologies forward.