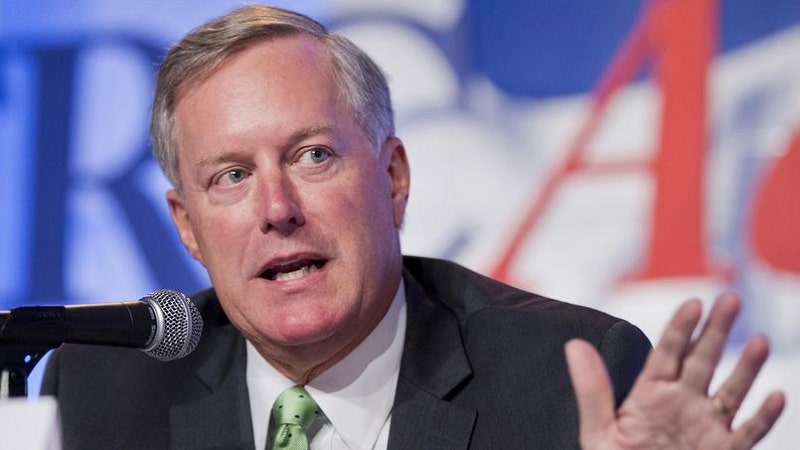 Rep. Mark Meadows, R-N.C., has been selected as President Donald Trump’s next chief of staff after announcing in December that he will not be seeking reelection.

“I am pleased to announce that Congressman Mark Meadows will become White House Chief of Staff. I have long known and worked with Mark, and the relationship is a very good one,” President Trump said in a March 6 tweet.

Meadows is replacing Acting Chief Mick Mulvaney, but the president did not clarify a timeline for the transition. He did say in a follow-up tweet that Mulvaney will stay in the Federal government as special envoy for Northern Ireland.

When Meadows announced that he was retiring from the hill, he strongly hinted at his willingness to continue serving the administration.

“This President has accomplished incredible results for the country in just three years, and I’m fully committed to staying in the fight with him and his team to build on those successes and deliver on his promises for the years to come,” he stated.

A strong Federal IT voice in the House, Meadows cosponsored multiple bills recently, such as the FedRAMP Authorization Act and the Internet of Things Cybersecurity Improvement Act. As the ranking member of the House Oversight Subcommittee on Government Affairs, he’s worked on FITRARA scorecard metrics and pushed for budgeting increases for the Technology Modernization Fund.