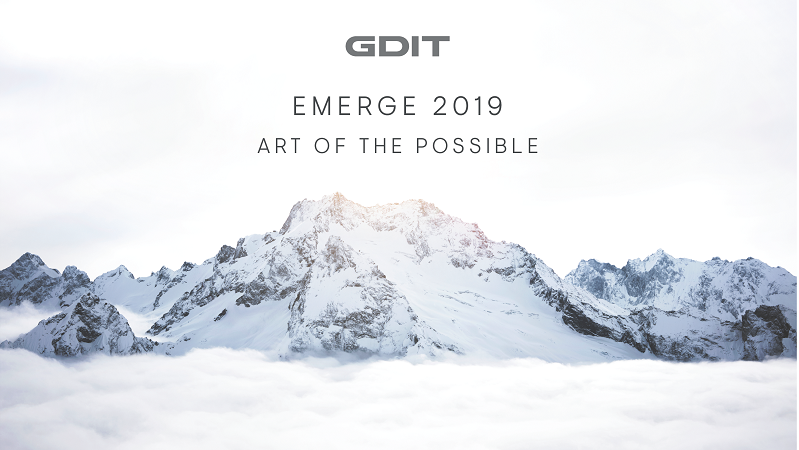 Amy Gilliland, president of General Dynamics Information Technology, showcased the company’s ability to innovate emerging technologies to fit the needs of the Federal government’s military and civilian sectors at the company’s Emerge event in Washington on Tuesday, but said at the bottom line that the people involved in the ecosystem are the prime differentiators of success.

“As the technology landscape evolves we need to remember that people are the differentiator. It is people and technology, together, that keeps us moving forward,” she said.

At Tuesday’s event – which brought together under one roof many of GDIT’s partners, ranging from name-brand tech sector stalwarts to the emerging tech labs of Silicon Valley – Gilliland explained how the company is engineering services for the Federal government that yield more value from cloud services to agencies, while also providing opportunities for the government to generate significant cost savings.

On the military side, she discussed GDIT’s work with the U.S. Navy that includes more than 70 missions focused on research and development. “This team designed and developed a first of its kind cloud solution that makes it easy for these navy commands to buy the commercial cloud services they need for their unique mission – all from one place,” she said.

For the civilian agency sector, Gilliland pointed to GDIT’s work with the Centers for Medicare & Medicaid Services including design of a “new cloud architecture that reduces network complexity, enables automation and provides the fastest possible access to secure cloud environments.”  The result of that work, she said, is “less risk, improved user experience, and reduced annual operating costs by more than $2M annually. Money that can be re-invested on further innovations to support CMS’s mission of improved healthcare for all Americans.”

And Gilliland talked about some of the company’s work that gets less attention, but is vitally important to the human ecosystem:  GDIT’s work with the non-profit group Sound Off, which supports mental health care for military veterans.

“This team is working with our technology partners to build a mobile application which will connect veterans to mental health professionals and trained peers,” she said. “This philanthropic effort demonstrates the power of an idea and technology activated by the right minds,” she added.