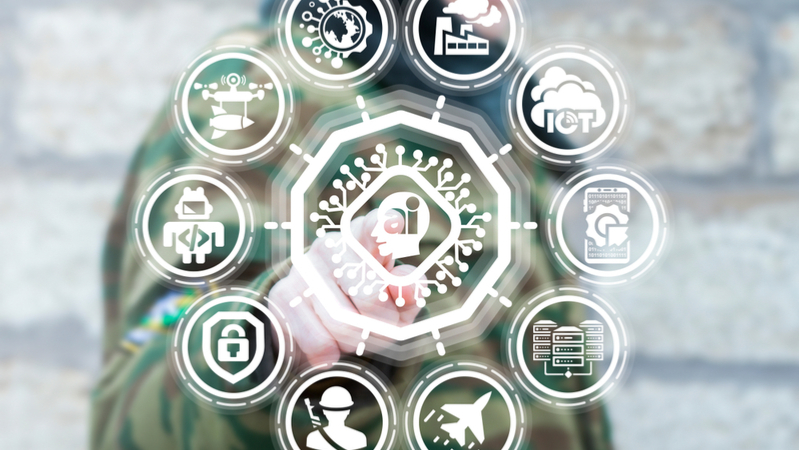 The Pentagon is looking to get on top of the next wave of artificial intelligence technologies through a fast-track contracting program that would bring new concepts from the drawing board to proof-of-concept within 18 months.

The Defense Advanced Research Projects Agency’s (DARPA) new Artificial Intelligence Exploration (AIE) program will employ the agency’s “Disruptioneering” solicitation process to dish out awards of up to $1 million each for ideas that explore the “third wave” of AI theory and applications, the agency said in announcing AIE. Under AIE, DARPA will field proposals within three months of its July 20 pre-solicitation, make awards, and then assess the feasibility of projects within 18 months of each award. At that point, the agency could provide additional funding for further development of prototypes or production.

DARPA is hoping to use the process to quickly identify and cultivate innovative advancements in AI more quickly than potential adversaries such as China, which has made no bones about its desire to become the dominant player in AI by 2030. The country is investing heavily in AI, and China and Russia have announced military centers focused on that subject. Last year China’s AI startups attracted more investment money than America’s did for the first time ever.

The Department of Defense also recently established its Joint Artificial Intelligence Center (JAIC), bringing DoD’s roughly 600 AI projects under one roof and working with industry to develop new AI capabilities. The AIE program would be another piece of that effort, looking to get AI technologies into the field ahead of the competition.

“DARPA has established a streamlined process to push the state of the art in AI through regular and relatively short-term technology development projects,” said Peter Highnam, DARPA Deputy Director. “The intent is to get researchers on contract quickly to test the value and feasibility of innovative concepts. Where we’re successful, individual projects could lead to larger research and development programs spurring major AI breakthroughs.”

The third-wave of AI would take a step toward machines thinking and learning closer to the way the human brain works, drawing on relatively small data sets in the learning process.

In broad terms, first-wave AI, which constitutes most of what’s in use today, covers rule-based programs that excel in narrowly defined fields, such as playing chess, diagnosing certain cancer cells, or giving you directions via Google maps. Second-wave AI creates models of certain types of problems or situations and uses statistical learning to allow a machine, within limits, to learn as it goes, adapting to changes on the fly. Neural networks, which filter information through a series of computational layers, offer a good example. Second-wave AI has led to significant developments in face recognition, natural language processing, and driverless car navigation, for instance, though it tends to involve a lot of training of the systems, feeding them hundreds of thousands of examples for each thing it needs to learn.

The third wave looks to overcome the shortcomings of the first two, allowing machines to learn based on fewer examples, working more intuitively, and being able to apply themselves to problems they may not have been specifically trained for. In one example that John Launchbury, director of DARPA’s Information Innovation Office, offered in a DARPA video, a third-wave AI system could learn to identify handwriting from a few contextual examples of how letters are formed, rather than having to learn from 100,000 or so labeled images, the way machines work now.

DARPA also seeks to have an AI system explain its complex reasoning process and how it reached a conclusion in language people can understand, something it can’t do now and which DARPA is exploring through another program, Explainable Artificial Intelligence (XAI).

DoD sees this next generation of AI as key to creating the kind of human-machine teams that it deems essential for future operations.