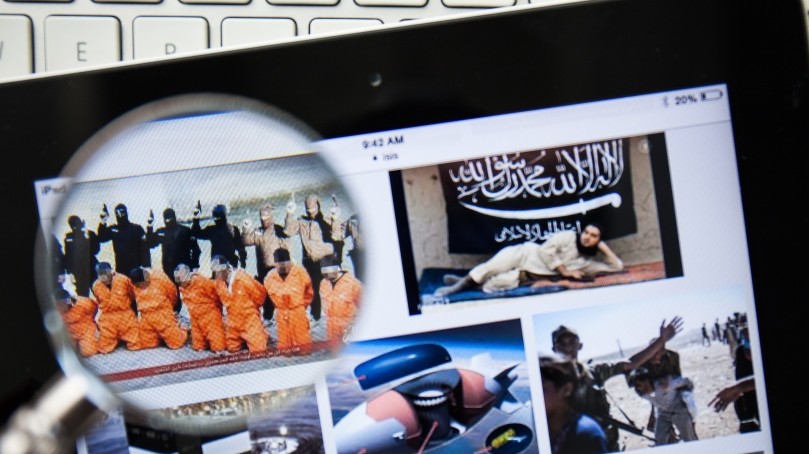 A small paragraph contained in the 2016 National Defense Authorization Act, signed into law Nov. 25 by President Barack Obama, may soon fundamentally alter the U.S.-led war against the Islamic State.

Passed with little fanfare and almost without notice, Section 1056 of the NDAA directs the Defense Department to “develop creative and agile concepts, technologies, and strategies across all available media” to counter and degrade the ability of terrorist groups to recruit and inspire new adherents. It also calls on the Pentagon to develop a series of technology demonstrations focused on the ability “to shape the informational environment.”

The authority comes at a pivotal moment for a U.S. counterterrorism strategy that many argue is failing. Terrorist groups like the Islamic State and al-Qaida have succeeded beyond the wildest predictions of intelligence analysts to use social media sites and the Internet to target and recruit supporters and lone-wolf attackers. They have leveraged tens of thousands of social media accounts and websites—many of which have been hosted by U.S.-based Internet service providers—to attract young people from all over the world to their cause. And now analysts have picked up information from known terrorist Twitter accounts that the Islamic State may actively be shifting some of its websites to the dark Web—an underground portion of the Internet that is not indexed by search engines and is often encrypted.

For years, the online component of America’s counterterrorism strategy has been relegated to the State Department, which views the challenge of producing an effective counter-narrative to disrupt the Islamic State’s recruitment efforts as solely the realm of public diplomacy. But Pentagon brass, namely SOCOM Commander General Joseph L. Votel, has pressed Congress to close what he has described as “substantial gaps” in the ability of Defense Department forces to effectively counter terrorist messaging throughout the battlefields where U.S. forces remain engaged in the fight against the Islamic State and its proxies.

The Pentagon recently completed an assessment of the challenges to influencing adversary and adversary-related audiences in today’s social media environment. The study outlined requirements for increasing DOD’s capability, and directed U.S. Special Operations Command to develop solutions within its Military Information Support Operations (MISO) force. But as of March, SOCOM had not yet developed a counter-ISIS messaging strategy.

“Congress has expressed concern with DOD engaging violent extremist propaganda on the Internet, except in very limited ways,” Votel told the House Armed Services Committee in recently released written responses to questions for the record from a hearing in March. “They tend to view the Internet as a strategic platform and efforts to influence civilians outside an area of conflict as Public Diplomacy, the responsibility of the Department of State or Broadcasting Board of Governors. We believe there is a complementary role for the Department of Defense (DOD) in this space which acknowledges the need for a civilian lead, but allows DOD to pursue appropriate missions, such as counter-recruitment and reducing the flow of foreign fighters. This can be done in a coordinated manner as part of the whole of government effort without militarizing U.S. foreign policy.”

One of SOCOM’s primary units designed to work on the counter-messaging mission is the Military Information Support Teams. SOCOM currently has the ability to deploy between 20 and 30 such teams to embassies around the world. But that’s not enough, according to Votel.

“This shortfall, and the requirement to integrate indigenous language and cultural capability, has necessitated the use of contractors,” Votel said. “DOD will reduce, but not eliminate, reliance on contracted capabilities through its current efforts to update doctrine, expand training and implement technical and material solutions to improve the Department’s ability to effectively operate in the social media and broader online information space.”

There’s also a policy challenge that makes responding to terrorist use of social media almost impossible, Votel said. “The ability to rapidly respond to adversarial messaging and propaganda, particularly with offensive cyberspace operations to deny, disrupt, degrade, or corrupt those messages, requires an Execute Order (EXORD) and is limited by current U.S. government policies. The review and approval process for conducting offensive cyberspace operations is lengthy, time consuming, and held at the highest levels of government,” he said. “However, a rapid response is frequently required in order to effectively counter the message because cyber targets can be fleeting, access is dynamic, and attribution can be difficult to determine.”