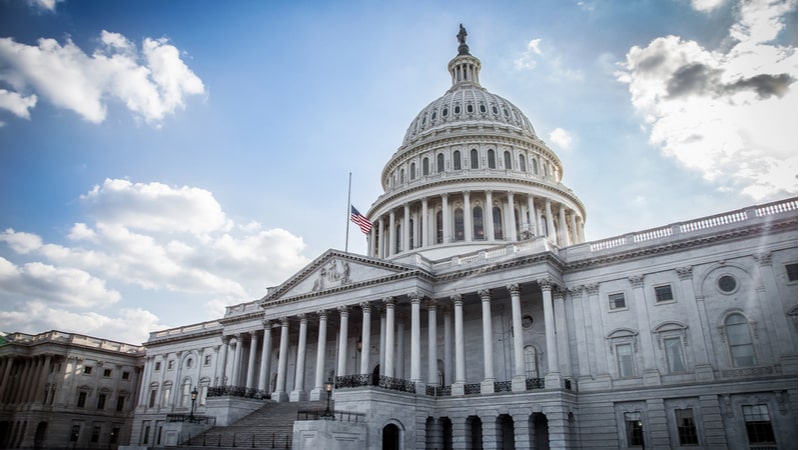 With no U.S.-based companies dominating the worldwide market for network equipment that underlies 5G wireless services, and with the U.S. in the midst of a years-long campaign to ban Chinese network equipment makers from U.S. and allies’ markets, perhaps the most important battle for the longer-term future of 5G network infrastructure is gearing up now in and near the halls of power in Washington, D.C.

But based on several key factors – including the unyielding campaign by the U.S. government to blunt the influence of Chinese-made network technologies, the number of Big Tech companies lining up in support of the technology, and a willingness by some in Congress to commit taxpayer money to the effort – Open RAN has the potential to become a household term.

To understand the potential changes that may be wrought by Open RAN, it’s necessary to first appreciate the fluid and mostly proprietary history of wireless infrastructure up to now.

For the past several decades, wireless communications networks have been built to run on a variety of technical standards for radio access networks, or RANs. While network equipment makers have built equipment for a variety of competing standards that have come and gone over the years, the tech standards for RANs have typically followed a closed, proprietary model where hardware, software, and radio components are owned and operated by a single company.

When a particular company’s standards become widely adopted around the world, those companies become very influential in the market. Back in the days when American and European equipment makers dominated world markets for wireless infrastructure, that wasn’t seen as a terrible problem – at least through Western eyes.

But dramatic market gains for China-based wireless infrastructure makers like Huawei and ZTE – coupled with U.S. assertions that the companies equipment pose a “national security risk” and threaten the security of networks around the world – have changed all that.

Open RAN and its backers are looking to break through those influences by opening up the underlying radio access network to diversified suppliers of the network’s components – effectively letting many more providers play in the space and develop improvements more quickly than one monolithic maker.

With more players in the RAN space, the potential dominance of Huawei could be diminished with more alternatives in the market. Open RAN backers also argue that the increased competition and a turn to software-based networks improve security.

Mostly under the radar of people outside the telecom sector, the effort to open up the radio access networks to a multiplicity of hardware and software suppliers has drawn major support from some of the biggest tech and communications suppliers based in the U.S. and doing business globally.

The coalition’s formation was preceded by Sen. Mark Warner, D-Va., a former telecommunications executive himself, introducing a bill in January that would provide $750 million towards Open RAN research and development (R&D).

Open RAN “gives a great opportunity for the West writ large and American companies, in particular, to compete on a very successful basis against Huawei going forward,” said Sen. Warner in June.

The View From Finland

To get a closer-to-market view of the situation, MeriTalk caught up recently with Brian Hendricks, vice president of policy and public relations at Nokia Americas to find out about his company’s position on Open RAN and why Finland-based Nokia – a global supplier of wireless network infrastructure – has joined the new coalition.

Nokia, Huawei, and Sweden-based company Ericsson in recent years have been three major vendors in the RAN space, according to a 2018 study from the Center of Strategic & International Studies (CSIS).

Asked why Nokia supports the Open RAN effort, Hendricks said, “We have seen trends for a number of years where our customers have desired greater amounts of virtualization and supply chain diversity and reduction to [capital expenditure].”

He called Open RAN “clearly not just a momentary attractive policy topic,” but also a “fundamental shift from our customers in what they’re looking for.”

On the global policy front, Hendricks offered that “there is no magic solution” to U.S. concerns of Chinese dominance in the wireless infrastructure market. That solution, he said, “is going to take consistent policy, it’s going to take significant investment, and multiple years of effort to create.”

As Sen. Warner pushes for his Open RAN bill to be included and adequately funded in this year’s National Defense Authorization Act (NDAA), Nokia’s Hendricks said that even more government support is needed for the effort.

“Even the $750 million may not be enough,” said Hendricks of the top-line funding in Sen. Warner’s bill. He compared that amount to the financial support that Huawei gets from the Chinse government, and said that individual grant caps of $20 million in the Warner bill are too low.

“The thing around which there is absolute consensus is the [Open RAN] R&D,” said Hendricks, who added, “but maybe not consensus around the big number that Sen. Warner and Sen. [Marco] Rubio, [R-Fla.,] have in mind.”

In late June, Sen. Warner said that appropriations had been cut to $50 million for the Open RAN R&D by the Senate Committee on Appropriations, chaired by Sen. Richard Shelby, R-Ala. With the NDAA heading to conference, Sen. Warner called that level of appropriations “puny at best,” and urged technology executives to push for more funding.

A bipartisan group of lawmakers in the House have also put forth a bill with a $750 million Open RAN grant program. That bill, the Utilizing Strategic Allied (USA) Telecommunications Act, was introduced in April by Reps. Frank Pallone, Jr., D-N.J., Brett Guthrie, R-Ky., Doris Matsui, D-Calif., and Greg Walden, R-Ore., all members of the Energy and Commerce Committee, remains in play.

“Promoting new, secure technologies is also critical to our long-term national security, which is why I am committed to seeing my USA Telecommunication Act become law,” said Commerce Committee Chairman Pallone, in a Sept. 4 statement. “Congress must continue to take an active, bipartisan role in tackling this issue head-on.”

According to Hendricks, Nokia has had conversations with a number of legislators about Open RAN. Along with that, he acknowledged the many competing priorities for funding in government, including in the technology space for things such as increasing broadband access.

“I haven’t given up hope,” said Hendricks, suggesting that Open RAN funding could be included in a broader infrastructure package down the road. “These conversations are useful because I think they set the stage for us come back to say, ‘Look that was really important.’”

“A comprehensive 5G and beyond plan for the United States shouldn’t just focus on the Open RAN side of the discussion,” Hendricks said. “We should not assume that this is a magic silver bullet without other policy tools supporting it.”

5G policy in the U.S. had “a bit of a slow start,” said Hendricks, especially in spectrum policy. But he added “the arrow is pointing up and looking very positive from a domestic perspective.”

On the 5G policy front, Hendricks pointed to positive developments in last month’s ruling in the U.S. Court of Appeals for the Ninth Circuit to enable faster 5G infrastructure deployment, and the Department of Defense’s announcement to share mid-band spectrum with commercial 5G service providers.

Hendricks also emphasized the wider global potential for Open RAN for many years to come, and said more than just favorable U.S. policy and funding are required.

“It can be transformational,” he said, of Open RAN, “but the battle for scale is going to transcend 5G.”

Speaking of scale, Hendricks said most of the 5G business globally has not yet been decided. He cited India and most of Latin America as areas of the world where the dominant 5G infrastructure supplier is yet to be determined.

“The die’s not cast,” he said. “Where I think the [U.S.] Administration continues to perhaps not be as aggressive as it needs to be is in looking at the international landscape.” In particular, the Export-Import Bank of the U.S. and the Development Finance Corporation are tools that have not yet been utilized to finance 5G networks, Hendricks said.