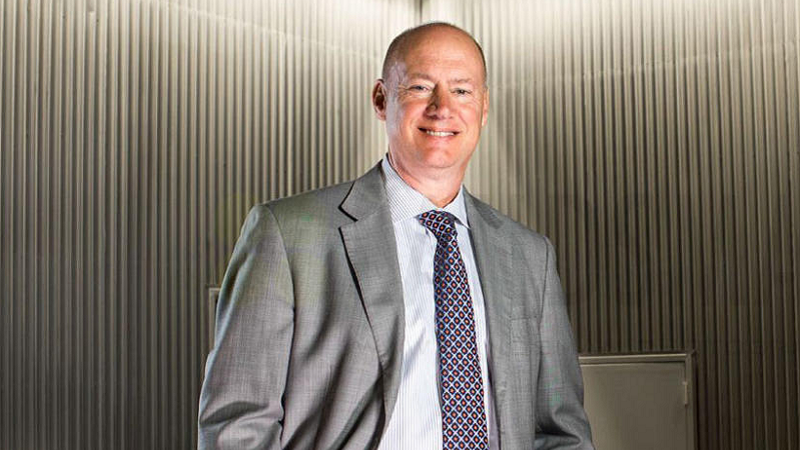 David Nelson is the CIO of the Nuclear Regulatory Commission. (Photo: FedTech)

David Nelson, chief information officer of the Nuclear Regulatory Commission, said Wednesday at ATARC’s Cloud & Data Center Summit that technology providers are using outdated talking points when describing the attitudes of CIOs in the Federal government, and called upon vendors to assist government leaders, instead of discussing the shortcomings in their agencies.

“The role of the CIO in cloud migration has morphed considerably,” Nelson said. “I think many of the cloud services organizations, the vendor community, maybe missed that shift, in the way they continue to talk to CIOs.”

Nelson said private sector vendors continue to speak of agency CIOs as reticent to embrace change and adopt new technologies. Instead, CIOs are often characterized as frozen in place – much like the legacy IT systems their agencies operate. But that’s not the practical experience Nelson has had.

“The people I’m talking to, my CIO colleagues, they do not sound like a risk-averse set of partners. I think they’re all leaning in, and get this, and want to move their organizations forward with modernization,” Nelson said.

That belief was given further confirmation this week. Nelson discussed the recent meeting of the CIO Council at the White House, convened by the Office of American Innovation on Monday.

“I had the privilege of participating in the CIO Council meeting earlier this week at the White House, and the introductory remarks in that meeting talked about the progress that’s been made in the past 500 days of this administration and the help of the White House Office of American Innovation,” Nelson said. “That office is focused on bipartisan, multi-year, even multi-administration programs. That’s a great goal.”

Nelson said there was much discussion at the meeting around modernization, the recent executive order empowering Federal agency CIOs, and the Technology Modernization Fund. But what crystallized his opinion of forward-thinking CIOs were the examples of innovation highlighted at the meeting.

“It was also an opportunity for the agencies to share some of the modernization and innovation that’s going on, and that was really exciting,” Nelson said.

He gave examples of the National Aeronautics and Space Administration’s “sandbox” that’s enabling artificial intelligence work in the areas of records management and fraud prevention, and the Interior Department’s use of the new Enterprise Infrastructure Solutions contract vehicle for better cybersecurity. Beyond technology, CIOs are striving to get the talent needed to unfreeze government technology.

“I heard [from] HHS, who’s been leading all the agencies in pushing forward on Federal-wide hiring improvements, modeling for the IT workforce, and really good work in that area,” he said.

So, Nelson had a message for those who aren’t in tune with all these positive moves in the Federal IT space.

“For the vendor partners out there, please adjust your message. We are moving rapidly to modernize government,” he said.

But there are still areas where Federal agencies need help, Nelson said. Among them is that longstanding hiring dilemma.

“They [CIOs] wanted to hear about, ‘How do I compete and recruit new talent, given the constraints of Federal hiring rules?’ It’s tough,” he said, and added that many of the Federal employees working with IT contracts and procurement don’t really understand all of the avenues available to them and need more flexible options.

“I think a lot more has to be done with our acquisition shops,” the CIO said. “They aren’t getting nearly the support that CIO shops are getting.”

Still, Nelson expressed a resounding hope that Federal agencies are making the appropriate push to modernize. His message to the private sector rang just as clear: partner with us and spread that optimism and forward-looking vision.

“It’s happening around us, we’re leaning forward,” Nelson said. “To the vendors, please really focus on the values of your offerings, help us with new contracts, work with us, and be a partner, help us solve the problems and our real challenges, not necessarily what you think might be holding us back.”