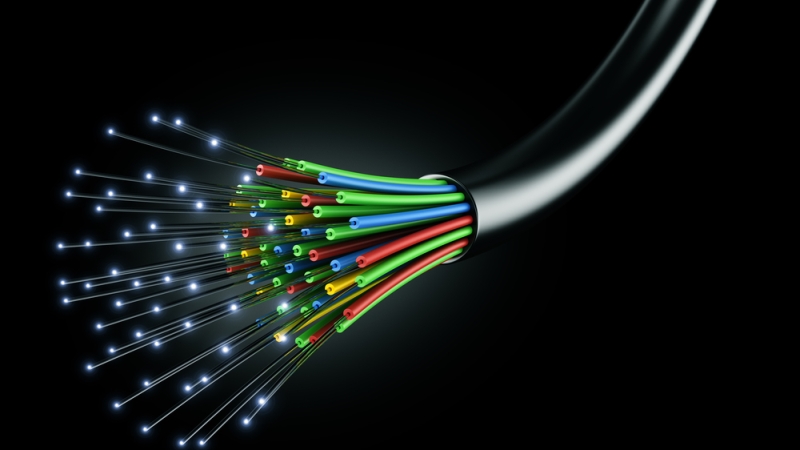 Intel Silicon Photonics uses a chip with the capability of silicon and the power of light to receive optical signals and move large amounts of information. Intel developed a product that will facilitate machine-to-machine traffic with less power, lower cost, and higher-speed connectivity than copper wires.

“In the future, as bandwidth to the server increases, the optical network will connect servers, displacing the copper interconnects that are increasingly limited in reach as bandwidth goes up,” said Alexis Bjorlin, vice president of the Data Center Group and general manager of the Connectivity Group for Intel.

Intel also predicts that the product will be capable of speeds up to 400 gigabit per second within a couple of years.

“Intel Silicon Photonics is uniquely positioned to enable and lead this development, as the most flexible and compact optical integration platform available,” said Bjorlin.

In addition to the optical transceivers, Intel is working on developing 5G technologies to increase the connectivity of the Internet of Things (IoT).

By 2020, 50 billion things and 200 billion sensors will be connected to the Internet, according to Intel. Products could provide the ability to make better decisions due to analytics, computing, and storage.

For example, two vehicles could be able to avoid an accident in less than a few milliseconds, according to Intel.

In order for the IoT to grow and become more sophisticated, consumers need 5G connectivity to link everything to the Internet.

Intel is working with AT&T to increase the development and deployment of technologies in the cloud and in infrastructure. Intel believes that the technology companies will need to collaborate in order to speed up the process of creating a 5G-enabled environment.

“It is not only already reshaping how we, as an industry, design, develop and build–but also how we partner and with whom,” an Intel press release said. “It is a true illustration of the idea that the future is what we make together.”