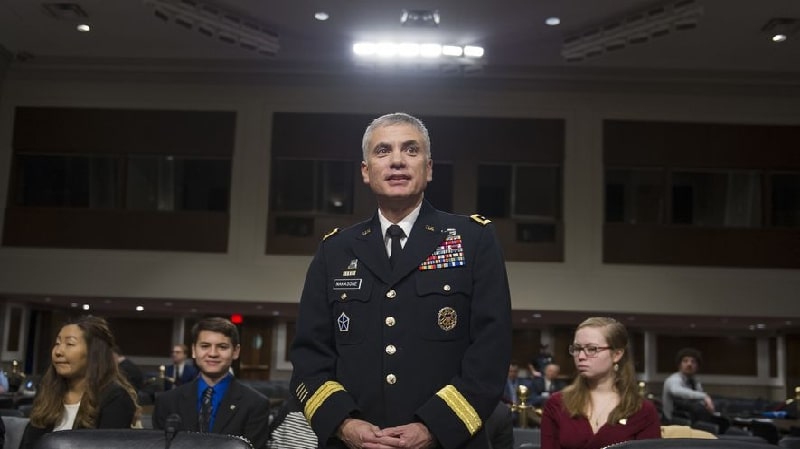 General Paul Nakasone, commander of U.S. Cyber Command, discussed on Thursday how the service is shifting its strategy and writing the “fifth chapter” of the command’s history to address the “great powers” competition in cyberspace.

“The post-Cold War order and its norms are increasingly being challenged by adversaries who avoid conflict but seek to erode our strategic position,” Nakasone said in a speech at the Billington Cybersecurity Summit. “The environment we operate in today is truly one of great-power competition, and in these competitions, the locus of the struggle for power has shifted towards cyberspace.”

“What I see today is that adversaries are waging strategic campaigns by stealing our intellectual property, leveraging our personally identifiable information, and attempting to disrupt our elections,” said Nakasone, who is also director of the National Security Agency. He noted how nation-states are staying below the threshold of conflict, but also “pursue nibbling strategies to make incremental gains on our borders.”

Nakasone described how the elevation of Cyber Command in May brought “our focus on readiness, our focus on partnerships, and our focus on building the ethos of a new command.” He recounted how the U.S. Navy had to readjust its strategic concept in the post-World War II era to become a “transoceanic Navy,” and compared Cyber Command’s similar need to adjust to a changing landscape.

Nakasone detailed how the command was initially developed around the goals of creating layered protections, protecting critical infrastructure, and building new defensive capabilities, and he noted how new capabilities have evolved over the Command’s short history, especially in the wake of the Joint Task Force Aries mission to combat ISIS propaganda beginning in 2016. “We’ve already had four chapters in our history, and we’re starting to write a fifth,” he said.

At the center of Cyber Command’s approach are the concepts of persistent engagement, persistent presence, and persistent innovation, he said.

“Persistent engagement means continuous action to enable partners and to act against threats,” said Nakasone. “It increases the costs and reduces the return of adversary cyber operations, improves indications and warnings to close vulnerabilities, and certainly more effective defenses. It realizes that we must act against threats as they emerge, not solely in response.” He also described the concept of persistent presence by the intelligence community to stay on top of information about threats, both at home and abroad.

Nakasone also noted the importance of staying on the cutting edge of technology. “Dominance in cyberspace is not always possible, due to the dynamic domain and the low barriers to entry. Advantage goes to the side that innovates fastest. Superiority in the cyber space can only be thought of as temporary,” he said.

He also emphasized that Cyber Command must work with partners to keep up with innovation, and cited NSA as a critical contributor.