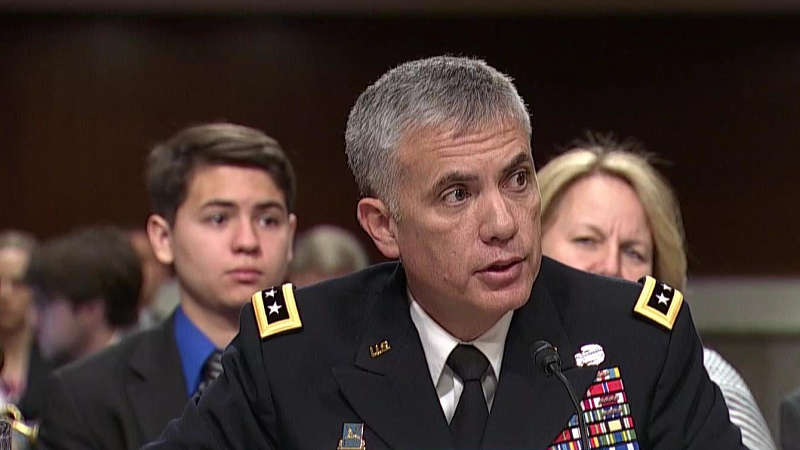 Gen. Paul Nakasone, who heads both the National Security Agency and U.S. Cyber Command, today expressed confidence in the country’s ability to conduct safe and secure elections in November, while also warning that foreign influence operations pose an ongoing challenge for the U.S.

Asked by retired Gen. James Clapper, the former Director of National Intelligence (DNI), and others, how cybersecurity preparations for the elections are going, Gen. Nakasone said that issue is the “number one priority at NSA and U.S. Cyber Command” with 48 days to go until the elections.

“We’re looking at three different areas in how we really ensure our goal of a safe, secure election,” said Gen. Nakasone, speaking at the online Intelligence and National Security Summit on Sept. 16.

He said the first area is: “How do we generate incredible insights on our adversaries?”

“Secondly, how do we share information and intelligence with the lead for our nation’s elections security which is DHS [Department of Homeland Security] and also FBI?” he said.

“And the last piece, how do we impose outcomes on any adversary that attempts to interfere within our democratic processes,” he said.

“Across all three, I am very confident we will have a tremendous continuing success,” Gen. Nakasone said.

In addition to expressing his confidence in election security, Gen. Nakasone said that influence operations will be something that the country will continue to have to address.

“Influence operations, just in general, for us, will be one of the things that we’ll be dealing with, not just every two or four years,” the general said, adding, “but this is the competitive space that we’re going to be in, as intelligence agencies and as our nation.”

Speaking on a panel moderated by Sue Gordon, the former principal deputy DNI, Gen. Nakasone called influence operations “the next great disruptor that’s akin to what we’ve seen with COVID-19.”

Parsing out the comparison, he said both the coronavirus pandemic and influence operations have a “low barrier to entry,” and “affected those within nations pretty uniformly.”

Influence operations are “below the level of armed conflict,” said Gen. Nakasone, but allow for the “spread of messages that are far from true.”

“The great technology that’s enabling so much of what we are doing is also that dual-edge sword,” he concluded.