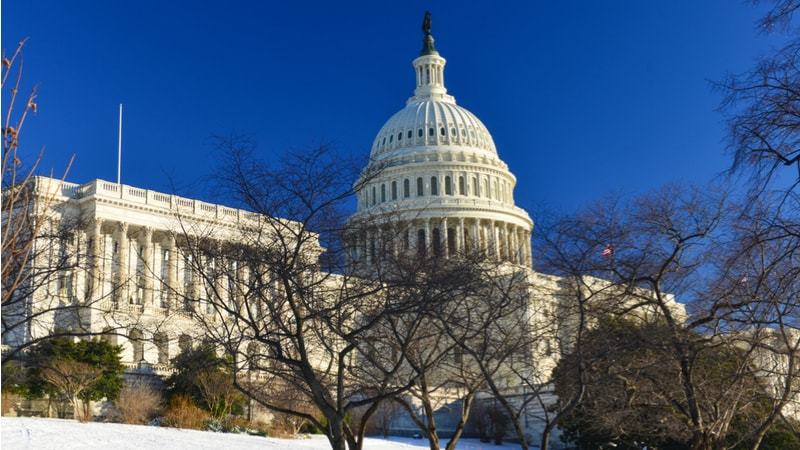 The most well-known example of the need for more technological knowledge in Congress might be the Senate hearing Facebook CEO Mark Zuckerberg participated in several years ago, but the exchanges underscore a larger need to bring more technical expertise to the legislative body.

Mark Montgomery, the executive director of the Cyberspace Solarium Commission, sees a need for more Congressional expertise on cyber. Montgomery, who previously served as policy director for the Senate Armed Services Committee, said there are over 60 House and Senate committees and subcommittees with some cyber oversight, adding “I’ve briefed most of them.”

“None of them are getting the big picture,” said Montgomery, Wednesday during an online event held by the commission.

“No one is there shepherding the legislation through,” said Simpson, speaking during the Wednesday event. Cyber committees would help develop the expertise needed in Congress, he said.

Major Congressional reorganization or not, there is still a need, Simpson said “to bring technical expertise into the legislative branch.” The Office of Technology Assessment (OTA) is a recommendation made by the commission in order to accomplish that.

Montgomery called reinstituting the OTA “a small recommendation, probably not an expensive one.”

Originally created by an act of Congress in 1972, OTA produced over 750 reports on technology-related legislative issues for Congress and the public before the office was dissolved in 1995.

The Congressional Research Service (CRS) and the Government Accountability Office (GAO) have picked up OTA’s responsibility for technical assessments.

“Right now, at CRS and GAO, it’s not enough,” said Montgomery, who worked on the Senate Armed Services Committee under the late-Sen. John McCain, R-Ariz.

“The scientific and technology challenges facing policymakers are only becoming more complex,” the report reads. “Congress would benefit from the agility, depth, breadth, and objectivity of insight and analysis provided by an office focused on technology.”

Majority staff for both the House and Senate Armed Service Committee have confirmed that the committees are considering recommendations from the commission in this year’s National Defense Authorization Act. The bills are scheduled to be completed next month, according to the committee chairmen.