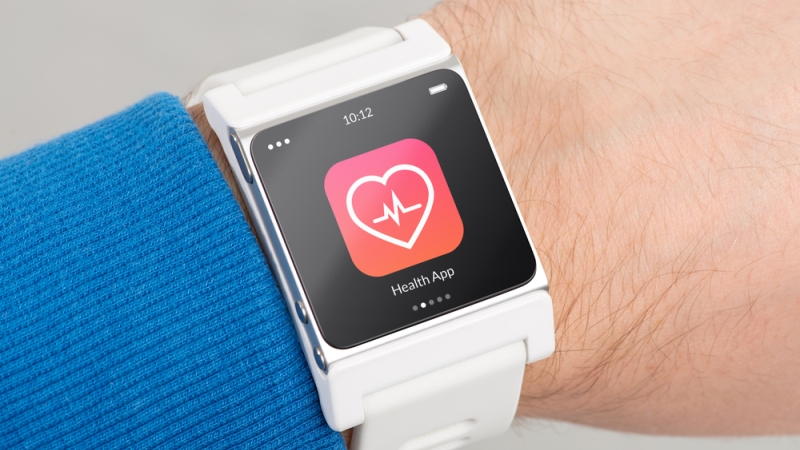 Worldwide shipments for health care wearables will increase from 2.5 million units in 2016 to 97.6 million units annually by 2021–accounting for $17.8 billion in yearly revenue, according to an April 2016 report from Tractica, a technology market intelligence firm,

Aditya Kaul, research director overseeing the report, says, “Wearables are being seen as an extension of the digital transformation of health care, helping pharmaceutical companies to expand clinical trials, enabling insurance companies to engage with customers by incentivizing healthier living, helping health care providers to improve the delivery of health care, and empowering patients by providing them access to their own health data.”

Deloitte’s 2015 Healthcare Consumer Report finds that from 2013 to 2015, consumers’ use of technology to measure fitness and health improvement goals has grown from 17 percent to 28 percent–and has grown to 39 percent amount those with major chronic conditions.

Patients are not merely buying wearables and leaving them on the shelf–more than 60 percent of users said that using health technologies has had a significant impact on their behavior.

The health care industry is expected to see large benefits from the use of wearables and wearable data.  An infographic released by Northwestern University called out the following:

Yet wearables come with a number of privacy, security, and usability concerns; 82 percent of Americans worry about invasion of privacy and 86 percent worry about security breaches when it comes to using wearable devices and sharing that data with their health care provider.

The PWC top health industry issues of 2016 report found that 62 percent of consumers value device security more than ease of use, meaning devices such as wearables, which are not embedded with security features, may be avoided unless hospital IT teams can guarantee patient data safety.

And, some health care providers are not impressed with what wearables can currently do.  After CES 2016,  Joseph Kvedar, vice president of connected health, Partners HealthCare, wrote in a blog that, “The volume of [wearable] offerings was breathtaking, but so was the lack of innovation.”

Despite the potential pitfalls, long-term wearable use has the potential to improve health outcomes, strengthen the patient-physician connection, build on a provider’s clinical expertise, and empower patients to make more informed decisions about their care.

Deborah Bae, senior program officer at the Robert Wood Johnson Foundation, a private foundation dedicated to improving health and health care for Americans, sums up the bottom line for wearables when she said, “To build a culture of health we will need tools that help people–no matter who they are or where they live–lead healthier lives. Wearable sensors and tracking devices have the potential to help people exercise more, eat healthier and sleep better, and we need to learn more about how people engage with these devices to better understand how they can be maximized.”