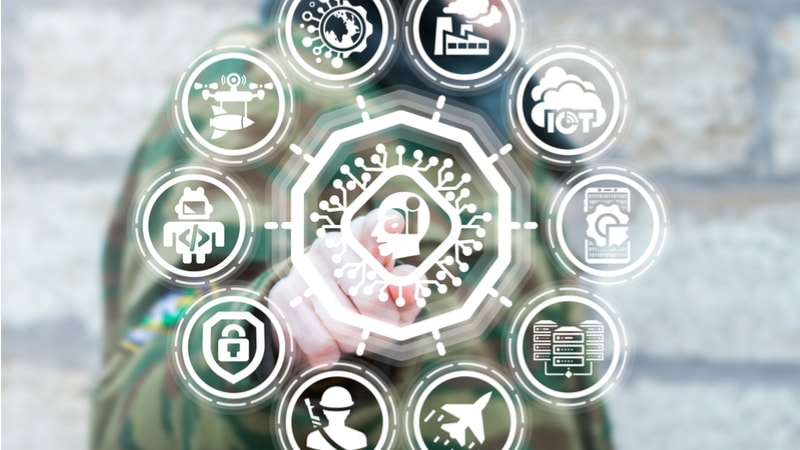 The Defense Department (DoD) has renewed its focus on equipping the warfighter with the best technology. Alongside new changes, they’re proceeding at machine speed to streamline that process. IT innovation through audacious experimentation has been a DoD hallmark throughout the years, and has led to storied research and development (R&D) accomplishments. But on that path, some Pentagon projects have gone amiss.

Disparate resource allocation isn’t a sustainable path for any organization, let alone one that provides peace of mind for millions. DoD wants to continue that tradition of innovation through audacity, but it’s now setting out to get there without sparing any practicality.

The Pentagon hired a new CIO in April, a practical IT leader with innovation on his CV. Dana Deasy led JPMorgan Chase through a major cloud migration when monolithic banks were reticent to change amid regulatory and security fears.

In July, Deasy described cloud computing as the foundation for Pentagon innovation and his primary strategic investment going forward. Cloud will be Deasy’s way to reinforce the DoD foundation for impending storms.

When the House met with DoD to talk budget in May, it closed the hearing to the public for the first time in eight years due to the sensitive nature of the discussions. A day later, Gen. Joseph Dunford, chairman of the Joint Chiefs of Staff, told the Senate that the “era of unchallenged technological dominance” in America had passed, citing nation-state adversaries pouring copious funding into tech R&D.

Setting to work to restore American dominance in cyberspace, the Department has funded a lot of individual attempts to harness emerging tech. The Secretary of Defense recently ran a data call to see how much capital was being deployed on artificial intelligence (AI) projects, unsure how many DoD had to begin with. An in-house analysis turned up 38 programs.

But then a big data firm stepped in to tell DoD that the number of AI programs drawing funding across the DoD actually numbered very close to 600. Those insights–previously esoteric–wouldn’t have been possible without the cloud.

Deasy has called AI his second key strategic area, flowing directly in “order of integration” from cloud. But those big data insights surfaced an unwelcome fact: DoD wasn’t monitoring that flow as well as it could. Rumblings in April of a new location to wrangle the 600 disparate AI projects were confirmed when DoD officially stood up the Joint Artificial Intelligence Center (JAIC) at the end of June.

JAIC is a sign that DoD is laser-focused on clarity and direction, instead of budget-draining dart throws. No longer banking on piecemeal projects and deploying scattershot resources, consolidation could be the key. And in terms of protecting American assets in cyberspace, the Pentagon could be seeking to get others to chip in as well.

Cloud infrastructure providers are the only organizations that can go shot for shot with the Pentagon when it comes to cybersecurity spending. That could provide an even bigger boon to Federal civilian agencies as well, having fewer weapons in their cyber arsenals.

Amid cries from the administration that U.S. nation-state allies don’t chip in enough on collective defense, a former top White House cyber policy guru has compared cloud providers’ cybersecurity posture to a “NATO umbrella” of coverage for their customers.

Proof of that is in the trust handed to them by DoD, which assigns Impact Levels to determine a providers’ suitability to handle sensitive data. As the Department shifts more services to the cloud, it’s put more stringent requirements on providers’ security.

DoD is asking for a provider to meet IL 5 and IL 6 security for a forthcoming migration of its cyber defense infrastructure. Currently, Amazon Web Services remains the only cloud provider to reach the milestone of an IL 6 authorization, and thus the only one able to handle data classified as Secret.

In August, DoD announced that the Defense Innovation Unit would drop the “experimental” suffix of its name. DIUx is now DIU, but remains the Department’s primary innovation outreach wing. DIU partners with some of the brightest cloud companies in Silicon Valley to speed warfighting innovation.

The message from the Pentagon seems clear: This is no longer an experiment. Innovation is no longer just a buzzword. IT leadership is laying a foundation to provide new technology faster, low latency at the tactical edge, and a better handle on the things that actually work–without sacrificing cost in hundreds of different places.

President Trump signed the $717 billion National Defense Authorization Act on Aug. 13, marking the first on-time authorization of Defense Department funding since 1997. That’s a lot of resources, and DoD is making investments to ensure that, at least in cyberspace, they’ll now be utilized more efficiently.