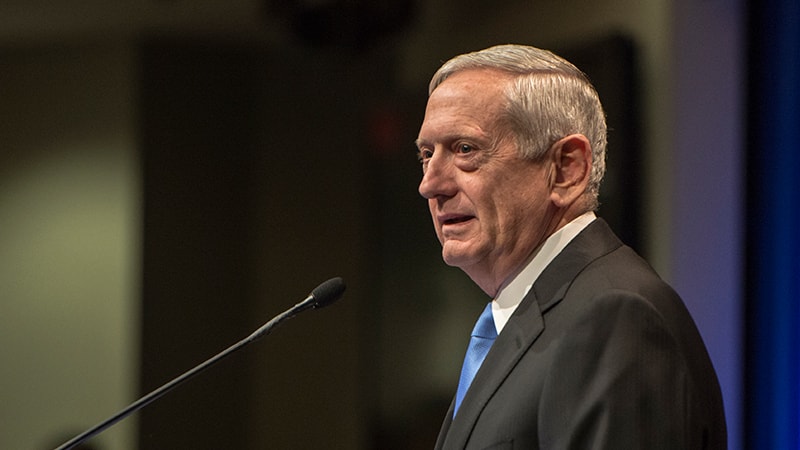 In a memo dated Oct. 24, Secretary of Defense James Mattis established the Protecting Critical Technology Task Force (PCTTF) to protect the Department of Defense’s (DoD) “critical technology.” The task force will work to prevent the loss of classified and controlled unclassified information–the loss of which is “putting the Department’s investments at risk and eroding the lethality and survivability of our forces.”

In his memo, Mattis explained that the “cross-functional task force” will require an “integrated effort” across the DoD. PCTTF will report to the Deputy Secretary of Defense (DSD) and the Vice Chairman of the Joint Chiefs of Staff(VCJCS). Mattis further explained that the DSD will select the Director and Deputy Director of PCTTF. Until a new Director is appointed, Mattis tapped Major Gen. Thomas Murphy, of the U.S. Air Force, to lead the task force.

The new task force will begin with two sprints–one lasting 30 days and another lasting 90 days–to “address a number of basic problems.” However, Mattis noted that PCTTF will need to multitask, in addition to the sprints.  He also is asking the task force to address “broader systemic issues” and build upon the work of previous task force efforts.

“Working with our partners in the defense industry and research enterprise, we must ensure the integrity and security of our classified information, controlled unclassified information, and key data,” Mattis concluded. “The impacts of the loss of intellectual property and data cannot be overstated–we must move out to protect our resources and our forces.”