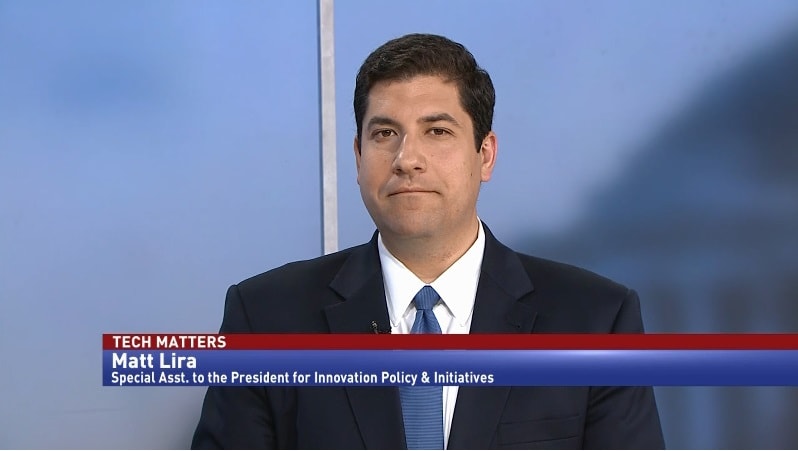 Matt Lira, special assistant to the president for innovation, policy, and initiatives at the White House Office of American Innovation, has a unique visualization exercise to help consider how we should address problems in the Federal IT space.

“Now, imagine that that house is on fire,” Lira said. “I’m sure there’s a lot of problems with this house if it’s like any typical American home–the banister is probably a little bit loose, maybe there’s some creaking floorboards, maybe the deck needs resurfacing. But I think we can all agree that if this was our home, our No. 1 priority would be putting out the fire.”

In the Federal government’s IT ecosystem, Lira conceded that there are likely a lot of issues that need to be addressed as well. “I think the challenge for all of us, though, is figuring out which represents the fire. What are those ultimate priorities that we need to do first, that have the most impact?” he said.

Such is the case with IT modernization, Lira noted. “We need to focus on true, enterprise-level, agency-wide transformation.” There’s the fire, so to speak. “To the degree that it’s possible, we need to be focusing on the holistic enterprise, rather than pinpricking little problems along the way,” he said.

Lira said that we “take pride in the contributions we’ve made to moving the ball forward” through concerted efforts to modernize, but he doesn’t feel it’s gone far enough just yet.

“Ultimately, we’re moving at a linear pace, and the challenge is evolving at an exponential one,” the White House technology advisor said.

Lira was happy to relay that “the early signs are enormously positive” within the Centers of Excellence (CoE) at the initiative’s lighthouse agency, the Department of Agriculture (USDA). The program is now expanding into the second phase there, and the Department of Housing and Urban Development was just tapped as the second agency to continue the CoE journey.

Lira also praised the work of USDA CIO Gary Washington, who took what was in Lira’s words an “admitted experiment” and turned it into a productive IT modernization model for the CoEs’ five areas of focus: cloud adoption, contact center, customer experience, data analytics, and infrastructure optimization.

“Since beginning in March of 2018, USDA has benefited from its engagement with GSA,” Washington said Monday upon the announcement of the CoEs entering Phase II. “The CoEs have helped USDA accelerate its modernization efforts across our mission areas during the first six months of our partnership.”

That could be the type of “agency-wide transformation” Lira is pining for. “We want to be able to say that the United States government is able to change, is able to adopt the latest technology–whatever it may be–and that the house will no longer be on fire, so we can start focusing on getting those windows fixed, and maybe painting the outside,” he said.