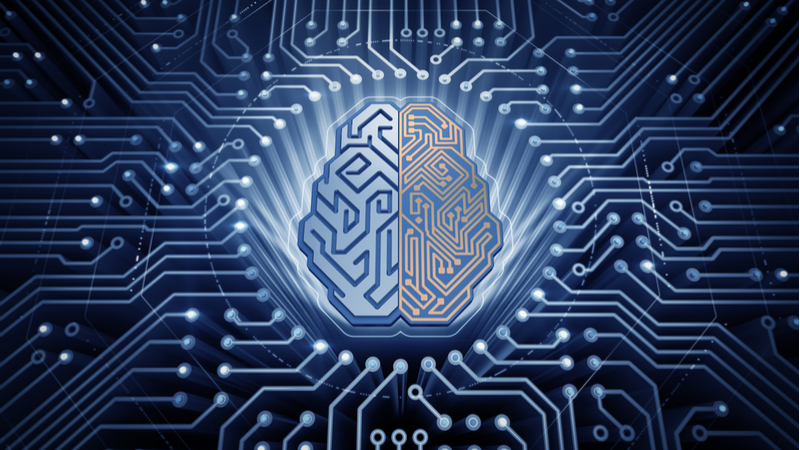 In light of recent advances in performance–not to mention the history of computing–it’s reasonable to assume that artificial intelligence and machine learning systems will become smarter and faster. But government-funded research that is being put into practice at the Air Force Research Laboratory (AFRL) could achieve new levels of performance while also consuming minimal amounts of power.

AFRL and IBM, working from a program started nearly a decade ago by the Defense Advanced Research Projects Agency (DARPA), have developed a “neuromorphic chip” called TrueNorth that is patterned on the neurons in the brain and can perform heavy-duty calculations while using a fraction of the energy of conventional processors.

“The major advantage of this chip,” Qing Wu, AFRL’s principal electronics engineer said in a statement, “is it runs machine learning algorithms–the same ones as we run, the same functionality, same accuracy, but with much less power dissipation.”

IBM has started work on building AFRL a supercomputer made with 64 TrueNorth chips that will be used for pattern and object recognition. It will also convert sensor-generated audio, video, and other information into symbols that the computer can process, sharing all evaluated data with human analysts for further study. The Department of Defense has made human-machine teaming a priority with regard to AI systems, and currently is focusing on ways to autonomously analyze the millions of hours of video generated by surveillance drones.

Other systems do that kind of analysis now, but what sets TrueNorth apart is its extremely low power consumption, which grew out of efforts to create a chip that mimics brain functions. As Dharmendra Modha, who leads IBM’s brain-computer research, points out, today’s computer chips have long surpassed the human brain in terms of raw speed, operating eight orders of magnitude faster the brain in terms of clock rates. But they also run hotter, generating four orders of magnitude more heat, and take up a lot more space.

Patterned on the neurons in the brain, a TrueNorth chip can perform 46 billion synaptic operations per second (“literally a synaptic supercomputer in your palm,” Modha writes) while consuming a mere 70 milliwatts. On a large scale, a supercomputer that could perform a full-scale, real-time simulation of the human brain (hypothetically, since no computer can do that now) would require about 12 gigawatts; the brain itself uses 20 watts.

While AFRL is focusing on using its eventual TrueNorth supercomputer for analyzing full-motion video and similar data, DARPA sees the potential for other uses, such as inside unmanned aircraft and robotic vehicles that have low-power budgets, as well as in commercial applications such as smartphones and self-driving cars.

TrueNorth’s development started as part of DARPA’s Systems of Neuromorphic Adaptive Plastic Scalable Electronics (SyNAPSE) project in 2008, with the goal of creating large arrays of chips each with a million electronic “neurons” and 256 million electronic synapses between neurons. Funding for the project, which has exceeded $100 million, has gone mainly to IBM and HRL Laboratories, although there now are more than 40 universities, government labs, and businesses working with TrueNorth on developing applications for the new brain-like technology.