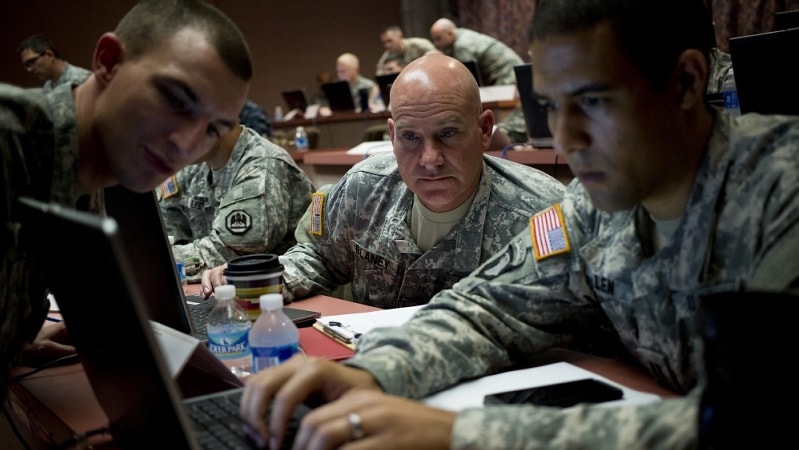 The Defense Department is pushing full speed ahead on modernization efforts, with recent strides made on a $28 billion R&D project, a $10 billion cloud infrastructure proposed contract, efforts to move cyber defense infrastructure to the cloud, along with myriad advanced research and futuristic projects. They’re even working to overhaul their travel planning system. Call it AirDoD, perhaps?

That’s certainly a lot of action to show that that DoD is on the cutting edge. But take note: These are all early contracts and initiatives, some still being competed, and some still even more nascent requests for information. The wheels are turning on IT defense modernization, but things aren’t rolling along just yet.

What should this tell us? The imperative to create new, resilient IT systems is top of mind for the Pentagon, and the drive to modernize is in full swing. Next week, MeriTalk is exploring why.

This new focus comes as 96 percent of DoD IT leaders say their technology systems need a tune-up. The majority of those leaders also admitted that more than half of their IT systems are outdated.

Our military leaders are acknowledging that to keep the nation safe, modern technology needs to reside in all areas of the service branches and intelligence networks, down to the researchers working to support future innovation.

New DoD CIO Dana Deasy said that “cloud will lay the foundation” for so many future warfighting capabilities. And he’s set out to staff a new artificial intelligence center that will take emerging technology from the drawing board to neighboring shores.

We can’t saddle our warfighters with lagging systems when connectivity is imperative in remote, far-flung locations. Our troops might not be thinking about how their devices connect to DoD networks, but in those situations, they shouldn’t have to.

DoD is meanwhile making outreach to startups a permanent fixture under the defense enterprise umbrella. The Department can’t abide simply staying abreast of current innovations, it needs to be leading the march.

With the FY2019 defense policy bill having been signed on-time for the first time since 1997, we’re in a rare space to watch Pentagon investments in cyberspace, IT infrastructure, machine learning and other innovation yield dividends. But DoD needs to finish boot camp first.

Join MeriTalk next Wednesday, August 22 at 1:30 p.m. EST as we discuss the state of the DoD’s IT infrastructure and applications, and how agencies can use cloud and cloud-enabled technologies to drive innovation.

Stephen Moon, Senior DoD Solutions Architect at Amazon Web Services, Ted Brunell, Chief DoD Architect at Red Hat, and Caroline Boyd, Director of Government Programs at MeriTalk will lead a discussion on how cloud will lay the defense foundation, how to capitalize on emerging tech, and how it all fits together on the frontier of the future.