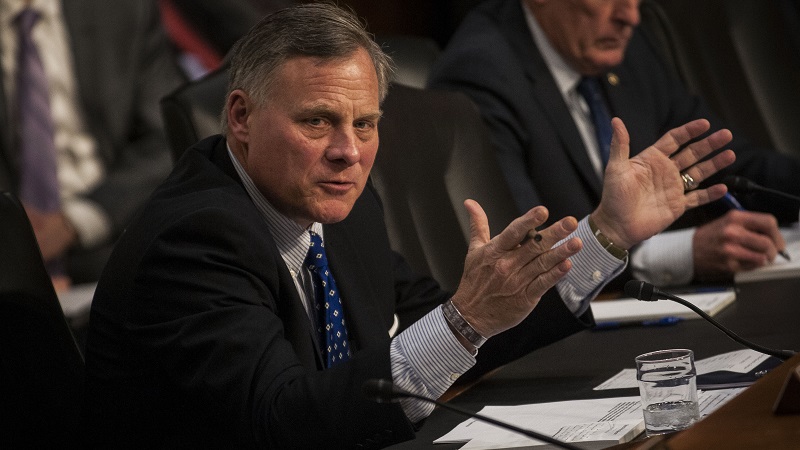 Sen. Richard Burr, R-N.C., chairman of the Senate Intelligence Committee, said at a hearing today that the Federal government’s focus going forward should be to “prevent and deter” interference with U.S. elections like that perpetrated by the Russian government in 2016, and to “harden” election infrastructure against future interference from Russia and other malicious parties.

Sen. Mark Warner, D.-Va., vice chairman of the committee, said the Obama administration was “caught flat-footed” by the Russian meddling and that the U.S. response in the run-up to the 2016 election was “inadequate.”

He also said “we profoundly missed the mark” in tracking and responding to social media disinformation campaigns organized by the Russian government, and that both the Federal government and social media service providers did not do enough to stop the practice.

“I have significant concerns that we are still behind the 8-ball” regarding the ability to respond to future attempts at meddling, Warner said.

Regarding social media service providers, Sen. Burr said “we believe there needs to be a new type of collaboration between us and those companies and we are working on it.”  The senator did not elaborate on what kind of cooperation may be under discussion.

Michael Daniel, formerly President Obama’s cybersecurity coordinator on the National Security Council, and now president of the Cyber Threat Alliance and a witness at today’s hearing, was asked by Sen. Ron Wyden, D-Ore., about the recent elimination of the cybersecurity coordinator position by current National Security Advisor John Bolton, and what capabilities the Trump administration might lose as a result.

“It’s not so much the capabilities, but the ability to integrate those capabilities and deploy them,” Daniel replied.  Given the relative newness of law and policy on cybersecurity issues, “it is still very important to have a senior official that is driving policies and driving operational capabilities in that area,” he said.

Daniel also said he thought it was “highly likely” that Russian government operatives electronically snooped election systems of all 50 states prior to the 2016 election. “There is no reason why they would not have attempted a reconnaissance of all 50,” he said.

Sen. Burr previewed the committee’s next steps in its review of election meddling, saying it has invited former National Security Advisor Susan Rice to testify in a few weeks, and that the committee would invite the testimony of Federal Bureau of Investigation and other law enforcement officials to testify in July.