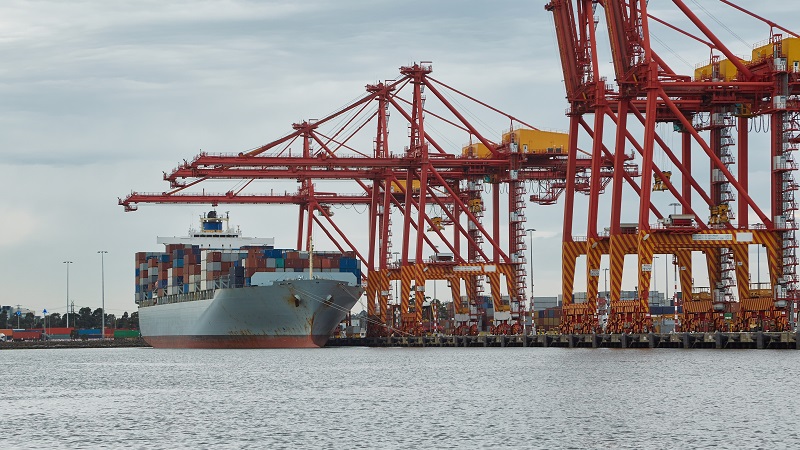 idSoftware is one of four companies producing technology to support the Department of Homeland Security’s stricter port security regulations.

Last summer, DHS passed a rule requiring incoming port personnel to scan their identification cards through an electronic reader. The agency then approved idSoftware’ s SecureGate Ports technology, which uses biometrics to ensure a person is authorized to enter a port. idSoftware, based in Greenville, S.C., specializes in security technology.

People entering port facilities, either by road or by sea, need to show a Transportation Worker Identification Credential (TWIC) card. The TWIC card system has been in place for a while. Facility guards are supposed to make sure the card’s holograms, expiration date, and photo ID are correct, as well as verify that the card does not appear on the Transportation Security Administration’s Canceled Card List.

However, Jim Strey, president and chief executive officer of idSoftware, said the TWIC system has been abused for a while because, until recently, officials were not required to scan the card through a machine.

“In nine out of 10 ports, it’s used as what’s been lovingly referred to as a flash pass,” Strey said.

Strey said officers usually give the TWIC card a cursory glance when checking criteria; drivers and ship operators simply show their pass and proceed. As a result, he said unauthorized personnel entering ports is a big problem. Incoming travelers frequently use false cards to get past check points, Strey said.

For example, Strey said one person photo copied his picture, pasted the photo on top of someone else’s ID card, laminated the card, and used it for a year before he was caught. Another person used his brother’s card. Strey, who served as a law enforcement officer before leading idSoftware, said DHS’s old TWIC rule left room for people to take advantage of the system.

“I understand identification pretty well,” Strey said. “The pictures on TWIC cards can be five years old. You can change your appearance a lot in five years.”

DHS’s addendum to the TWIC rules requires the card to be tapped onto an electronic reader and approved before the traveler can gain passage. The vehicle operator must also scan his or her thumbprint, which is matched with a recorded thumbprint. Strey said the entire process takes about eight seconds, while the “flash pass” system took about one second.

The heightened port security measures are not the result of President Donald Trump’s strict border protection stance; rather, DHS has been working on this rule for nearly 10 years. The agency started discussing a rule to increase security checks on incoming port personnel in 2009, according to Strey. The rule was made final in 2013 and was passed into law in August 2016. TSA and the Coast Guard, both agencies within DHS, are tasked with monitoring incoming port personnel.

Strey said mariners who do not have TWIC cards are escorted by personnel who do.

“It doesn’t matter who you are or where you’re from,” Strey said.

In addition to creating authentication systems, idSoftware also offers VisCheck Ports, which track everyone in a facility, whether they have TWIC cards or not. Strey stated idSoftware is the only company among its competitors that has created a comprehensive visitor management system. The company also offers training videos.

“If a terrorist attack happened in that channel, it would shut down commerce for probably three months and would cost billions of dollars,” Strey said. “The balance between commerce and port security is a difficult balance.”