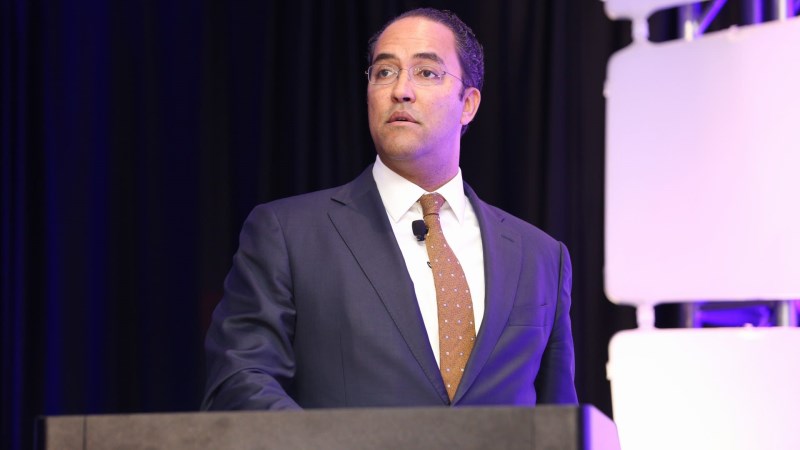 The United States must maintain its advantage in artificial intelligence and quantum computing over countries like China by placing the building blocks for a future workforce, according to Rep. Will Hurd, R-Texas.

Rep. Hurd spoke today at the Dell Technologies Forum about his concerns with the Federal security clearance process and the devastating effect on the U.S. economy and national security should the country lose its advantage in advanced technologies.

He offered that China was bringing “Orwellian 1984 into the 21st century” by testing facial recognition and other technologies “for the surveillance state the Communist Party wants to erect in China, and export to other authoritarian regimes around the world.”

“That’s why the government should work on things like a national strategy to coordinate across government, academia, and the private sector to advance research and development and adoption of artificial intelligence,” Hurd said.

To advance the country’s position in AI and other technologies, Rep. Hurd said that the U.S. must prepare our workforce to meet the needs of the 21st century. In doing so, he suggested making sure that students from other countries who come study here, stay here.

“I’ve talked about China, I think the other thing that you do – hey, if China’s going to steal our technology, let’s steal their engineers, right?” Hurd posited, offering that visas should be included with diplomas as an incentive to stay within the United States after graduating college.

Additionally, Rep. Hurd wants to see a greater partnership between the public and private sectors. Specifically, by improving the security clearance process to improve the relationship between the two sectors.

“And a key buried in all this is security clearances and I would never have thought that I had to work on such a basic issue as this shouldn’t take nine months,” Rep. Hurd said. “I made a statement – I stand behind this – I think we should be able to do a security clearance in one week. Actually, we can do it – you know, now that I’m not running for reelection, I get a few things off my chest – I think we can do it in three days.”

In updating and improving the security clearance process, Rep. Hurd argues that it can improve the operation collaboration between public and private sectors to work together against authoritarian governments and help the U.S. maintain its technological advantage economically and in cyber defense.