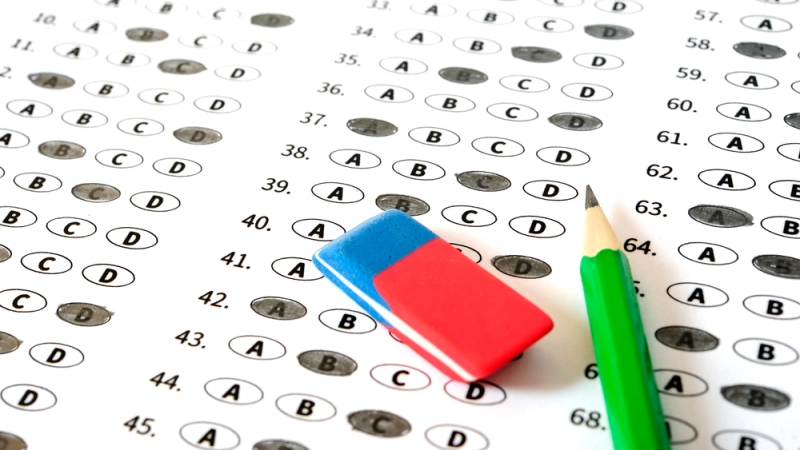 Forty-eight percent of the nearly 2.1 million 2016 U.S. high school graduates who took the ACT expressed an interest in science, technology, engineering, or math majors or careers.

Students’ interest in the field makes sense given employers’ increasing demand for STEM-trained job applicants. However, only 26 percent of 2016 ACT test takers met or surpassed the ACT College Readiness Benchmark in STEM, according to a new report from the ACT.

According to the ACT, the benchmark is an indicator of whether a student is well prepared for first-year courses such as calculus, biology, chemistry and physics–courses typically required of a college STEM-related major. ACT also reported that these findings are virtually unchanged from last year.

“Our data continue to show a big disconnect between students’ interests and their actual preparation,” said Marten Roorda, CEO of ACT. “While the level of interest we are seeing in important STEM majors and careers is encouraging, the lack of readiness for STEM college coursework remains troubling.”

The disconnect is also likely confusing for school administrators and officials, given ongoing investment into teaching STEM skills and bringing STEM ed tech into the classroom. However, schools may be investing unequally across the STEM fields. The report found that average ACT science scores have gone up among students meeting the ACT STEM benchmark over the past four years; however, average ACT math scores have stayed flat over the same period.

“It may be that initiatives designed to increase STEM interest and achievement have focused more on science and less on math,” said Roorda. “Both subject areas are vitally important for success in STEM majors and careers.”

The report also found that underserved learners are at a disadvantage when it comes to STEM preparedness. According to the ACT, interest in STEM majors and careers was high, but readiness for STEM coursework was substantially lower than non-underserved learners overall. This is particularly true for students with more than one of the three defining underserved characteristics, which the ACT defined as being a racial/ethnic minority, coming from a low-income household, and being the first generation in college.

One way to tackle these issues is to have more qualified, engaged teachers in the classroom. However, the report highlights a potentially worrying trend. Interest in teaching STEM subject areas is alarmingly low among high school graduates. According to the findings, less than 1 percent of 2016 graduates who took the ACT indicated an interest in teaching math or science. Not only does this potentially spell difficulty in the future as current teachers retire, it points to an existing problem–a teacher shortage. The U.S. Department of Education lists both math and science as current high-need fields where teacher shortages exist in many states.