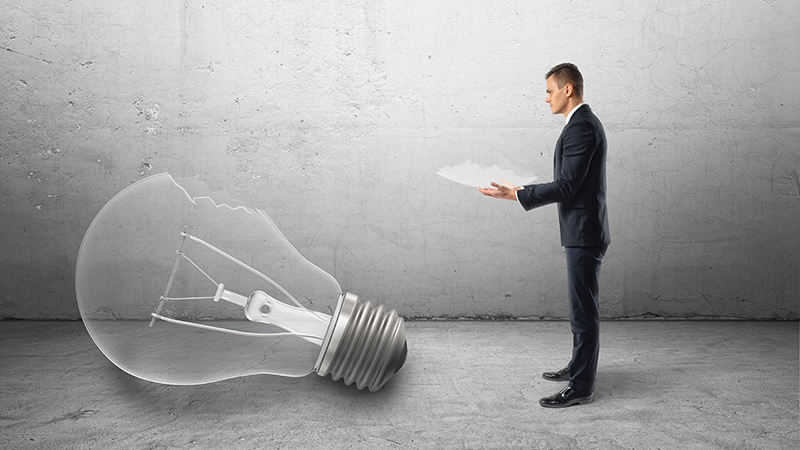 Silicon Valley is littered with the remains of failed startups. Why? Because most often new companies are unable to satisfy a real market need, mismanage their seed funding, and don’t put the right leadership team in place to ensure the business can grow and scale. It is the fate of 90 percent of all startups.

Now imagine taking this model to government, where you have little or no new business on the books, an inspector general investigation has uncovered tens of millions of dollars in losses and squandered funds, and your idea of leading the organization through the expansion stage is to put a Hollywood animator in charge of bureaucrats who “don’t give a rip about the losses.”

This is the very real story of the General Services Administration’s digital services arm known as 18F. And now longtime Federal IT professionals are warning privately that systemic dysfunction at GSA, and particularly 18F, could threaten GSA’s proposed management of the $3.1 billion IT modernization fund that the White House is desperately trying to convince congress to pass.

In the first of three investigations expected to be released before Inauguration Day, GSA’s inspector general last week concluded that 18F had consistently overestimated revenue projections by tens of millions of dollars, allowed IT staff to spend more than half of their time on non-billable projects, and continued to hire employees at the top of the Federal pay scale despite losses that now amount to more than $31 million.

“This paints a picture of folks running around with their hair on fire and not focusing on the mission. People were clearly empire-building rather than serving the customer,” a veteran Capitol Hill staffer told MeriTalk. “The big question now is what blowback will there be on the GSA’s desire to manage the $3.1 billion IT modernization fund?”

All of the current and former officials interviewed for this story agreed only to speak on background because they were not authorized to comment publicly or because of current business dealings with GSA.

The scope of their future participation in the modernization fund is now questionable, another official said. “I think this is really going to undercut their equities. They’ve got pretty big stars in their eyes about their future.”

Part of Congress’ reluctance earlier this year to fund the $3.1 billion IT modernization effort was the fact that agencies already spend $85 billion on IT. “Many questioned why the administration couldn’t find $3 billion within that pile of money,” said a former Federal CIO. “And concerns remain about who will run the fund, because they don’t trust GSA. You almost wish there was some other entity that doesn’t have GSA’s reputation.”

When GSA reorganized in May and formed the Technology Transformation Service centered around 18F, most observers expected a seasoned government hand would be appointed as the first TTS commissioner. After all, when a startup experiences rapid expansion and growth it’s usually time for new leadership—the type of leadership capable of taking the organization to the next stage of its development.

Two well-known and experienced government officials were in the running for TTS commissioner—Homeland Security Deputy Chief Information Officer Margie Graves, and Kshemendra Paul, the program manager for governmentwide information sharing and a former Federal chief architect at the Office of Management and Budget. But neither got the call.

“Some of my friends have asked what could possibly have gotten me to leave the life I love in the Bay Area and take a government job in D.C. My answer is straightforward: I believe the Technology Transformation Service has an unprecedented chance to dramatically improve the way we all interact with our government,” Cook wrote Monday in a blog post. “TTS is built on the principles cutting-edge companies across the world thrive on, principles like agile development and user-centric design.”

But some see Cook’s appointment as an effort by GSA and 18F to divert attention away from the very real wonky dysfunction that has contributed to 18F’s current problems.

“The new TTS commissioner is part of GSA’s effort to continue its avant-garde spirit,” a former Federal CIO said.

“But what it really needs is a seasoned Washington insider with good credibility on the Hill who knows how to manage. You don’t need more edge and pizazz,” the source said. “18F is at a much different stage now. If this were a private company, it would be clear that somebody with a different skill set was needed to take the enterprise to the next level.”

For now, Cook inherits a massive leadership challenge—a challenge that may be beyond even the most skilled Federal bureaucrats.

“I’ve never seen a cover-up like this in my entire Federal career,” a former GSA official told MeriTalk. “The loss is not as bad as the blatant disregard and the fact that they didn’t give a shit. 18F has no work in the pipeline. They want people hitting the street selling anything they can, no matter how small. And they are making recommendations to agencies whether the agency needs the services or not.”

Still, the bigger challenge remains the trust deficit that GSA and 18F must overcome if they want to avoid additional scrutiny by Congress, a former Hill staffer said.

“Part of the reason for the trust deficit is that they hired up so quickly. That was really about trying to make it as difficult as possible to abolish 18F,” the former staffer said. “But that only made it a bigger target. The person who devised that strategy was clearly not a very seasoned, smart person.”