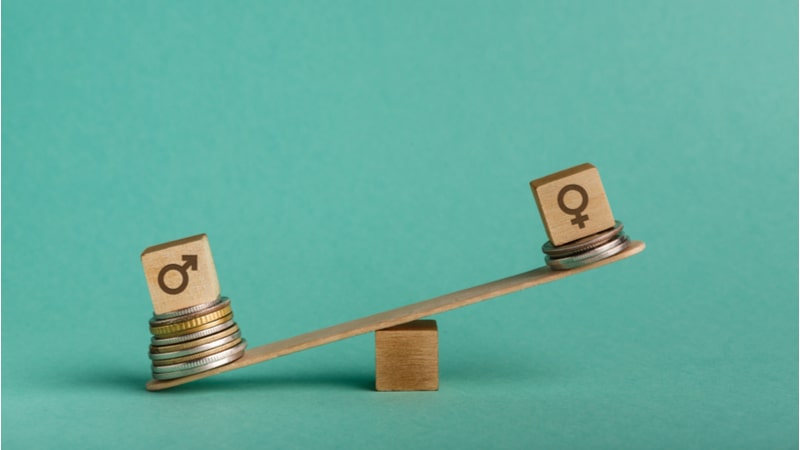 Despite an increased focus on the gender imbalance in the tech workforce, a significant gender pay gap remains, according to a March 5 report from Dice, a career hub for technology professionals.

According to the report, women in the tech field are paid less and receive less of their desired benefits than their male counterparts, even when controlling for education, experience, occupation, and location.

The report found that the pay gap exists for both seasoned roles, such as software engineers, and fields that are rapidly expanding, such as data engineers – for both of those roles women make $9,000 a year less than men.

Salary discrepancies exist across all regions in the United States, though they do vary. The report broke the country into eight regions and examined their individual annual discrepancies:

Dice also looked at discrepancies on a state level. Utah and Alabama had the largest gaps at $16,871 and $16,660, respectively. Virginia had the lowest gap with $4,779. The report only identified one state – Minnesota – where women make more than men, with a pay gap in women’s favor of $4,000 a year.

The report said that despite an ongoing push to improve gender and racial diversity in tech, there’s “still much work to be done.” Dice explained that several “high-profile” incidents over the last few years have highlighted how “even with diversity programs in place, many firms struggle to adjust their cultures in ways that will close the diversity (and pay) gap.”

Despite the negative data, the report offered potential areas for progress to at least offer increased transparency into the pay gap, and efforts to close it altogether. Improved transparency is important because it “might prove an extremely effective tool in eliminating bias in compensation,” Dice said.

“Although many tech companies are very reluctant to reveal salary information either internally or externally (many of tech’s biggest firms are only too happy to release annual diversity reports that break down employee demographics – but few mention any kind of salary figures), that might be changing,” the report said. “Intel, for example, announced in October 2019 that it would begin publicly releasing employee pay data broken down by gender and race.”