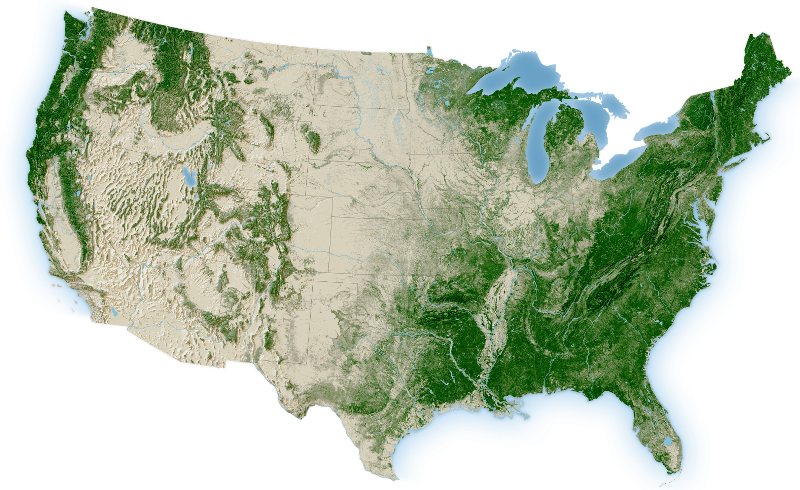 The U.S. Department of Agriculture on Feb. 3 removed inspection reports, records of enforcement actions against violators of the Animal Welfare Act, and other publicly available animal welfare information from its website.

Gregory Reams, leader of the U.S. Forest Service’s Forest Inventory and Analysis (FIA) program, said that the open data sets his office makes available are unlikely to suffer the same fate as the animal welfare documents.

“I’m not too concerned. It’s been supported for 80 years and used by a wide constituency,” Reams said at Esri’s FedGIS conference Feb. 13.

The Forest Service, which operates within USDA, has been collecting statistics on the country’s forested land for a long time. Reams said the department began studying wildfire statistics in 1910 and the FIA was established in the 1920s. FIA’s database, publicly available on its website, contains information on trees, tree mills, rangeland, water, wildlife, and bioenergy.

Although Reams’ office is almost 100 years old, he said it has sustained database modernization efforts over the years. The database’s newest iteration is the Forest Atlas of the U.S., a digital map of the country’s 800 million forested acres that is endowed with information about tree pollen counts, mill surveys, ownership records, and bird observations.

Through the map, created with Esri’s GIS tools, people can look up what trees grow near them, what creatures populate those trees, and how natural events shape woodlands.

“We’re getting beyond PDFs and downloads,” Reams said.

Reams stated that, while FIA’s database is made available through the latest GIS technology, some aspects of his office are still slow to change. Privacy protection and internal communication are two factors slowing down progress, he said.

FIA safeguards personally identifiable information, such as home addresses, and Reams said databases need to be secure in order to protect this information. He also said FIA is a “late engager” in open data projects “because of the heebie jeebies over PII.” While Reams meets with the department’s chief information officers every month, he said he also looks for energetic new people to work in data management.

“We’re unlocking the database,” Reams said. “It’s hard to find people who do peer-review data and are also extroverted.”