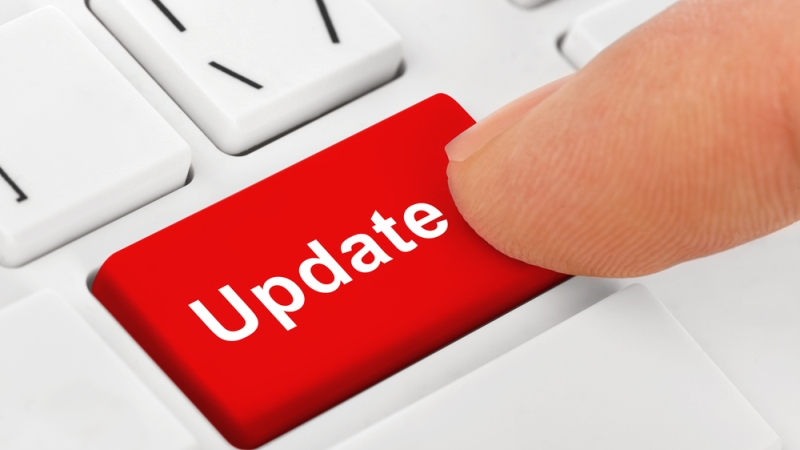 FITARA tasks CIOs with leading modernization efforts across their departments, efforts that include overseeing data center consolidation and collaborating with agency secretaries. However, because more than one-third of the FITARA agencies are functioning with acting CIOs rather than permanent ones, there is the question of whether IT modernization efforts will be stalled.

Richard Spires, chief executive officer at Learning Tree International and former Department of Homeland Security CIO, said permanent CIOs tend to be more effective, but even they can be frustrated by agency leaders who do not prioritize FITARA.

“Obviously, having a permanent CIO is better. That’s a given. That should drive improvement over time,” Spires said in an exclusive interview with MeriTalk. “But it’s incumbent on agency leaders and CIOs to take FITARA seriously.”

Roger Baker of Roger Baker Consulting, the former Assistant Secretary for Information and Technology and CIO for the Department of Veterans Affairs, agreed with Spires. Baker said a CIO’s success—whether the CIO is acting or permanent—hinges largely on his or her relationship with the agency secretary and deputy secretary. He said that CIOs who operate under secretaries who also want to modernize technology will have a more positive working relationship.

Agency heads who want to focus on initiatives other than IT can frustrate the efforts of their CIOs. Baker said he has seen both sides of the spectrum—CIOs who are empowered by their secretaries and CIOs who have been encouraged to leave because they have agitated for change and were ignored.

“They have to want that change to happen. If a secretary or deputy secretary doesn’t believe making the way IT runs is a priority, then you’re not going to have the scorecard improvement of an empowered CIO,” Baker said. “If they don’t view it as a problem they want to solve, it’s not going to get done.”

Secretaries who do not prioritize IT can be galvanized through a couple of methods. Congress can bring them in for hearings and OMB can take away portions of their budget. Baker said secretaries of the agencies that perform worst on the FITARA scorecard should be invited to the act’s next hearing and explain why IT is not a priority for them.

“That will be the most impactful thing they can do,” Baker said.

Karen Evans, national director for U.S. Cyber Challenge’s Center for Internet Security and former Administrator of E-Government and Information Technology at the Office of Management and Budget, said that, while acting CIOs may move slower, they will certainly not be aimless. These acting officers are probably not in a tailspin because they have the long-standing goals of their predecessors to address.

Evans said that acting CIOs will create plans to address issues such as cloud migration and data center consolidation until a permanent CIO is named. For example, she said an acting CIO with a radical idea for procuring shared services can get the paperwork for this plan ready to go for the permanent CIO whenever he or she takes office.

“The acting isn’t going to leap out with that, but would have it ready to go. These are long-term foundation issues,” Evans said. “It’s not politicized. Every agency needs IT. The political part is mission priorities. I would think that FITARA would not necessarily be slowed down.”

Baker said he’s still waiting for the “thing that’s going to grab people’s attention” and prompt agency leaders to focus on IT. He said that it will have to be an event more cataclysmic than a breach such as the one that exposed millions of records stored at the Office of Personnel Management in 2015.

“Maybe hackers will have to shut down an agency or the government for a week or two,” Baker said.

He said many of the issues described in the 1994 “Computer Chaos” report, which pointed out the systemic problems in the way Federal agencies purchase IT services and formed the basis of the Clinger-Cohen Act, had yet to be addressed. Baker stated the Federal IT acquisition landscape has not shifted drastically in the 23 years since the report’s dissemination.

“The way the government does tech hasn’t changed because it’s not viewed as a problem,” Baker said. “I don’t see that changing. If you haven’t fixed something in 23 years, it’s because you don’t know what you’re doing or you’re not really focused on it. This is the second one.”

Alan Balutis, director of Cisco’s Internet Business Solutions Group, stated that, in addition to a dearth of permanent CIOs, there are many vacancies in the positions that CIOs generally report to, such as managers and deputy secretaries. Balutis, a founding member of the Federal CIO Council, previously led the Department of Commerce’s management and budget office as its first CIO. He said CIOs will have a hard time bringing priorities such as cloud and modernization up the chain to agency heads because these leading officers will already have so much on their platters.

The Trump administration heralded change in the form of draining the swamp, and Balutis said CIOs who take the reins will want to shake things up. Acting CIOs, therefore, will not foreclose on their incumbent’s options. The fourth FITARA scorecard, due out soon, will give some indication of how effectively the considerable number of acting CIOs are enacting FITARA compared to their permanent counterparts.

“You’re not going to want to be in a situation where the political person comes in and is locked into the decisions made by the acting CIO,” Balutis said. “It’s not for lack of knowledge, but ensuring the person coming in has the ability to make their own mark.”