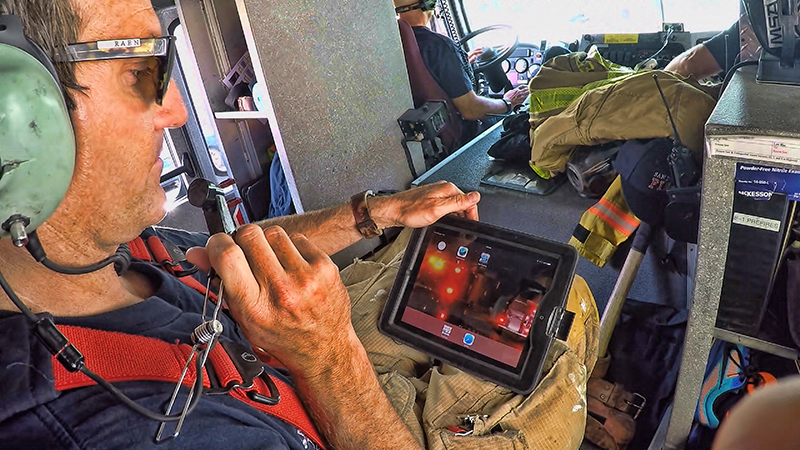 Police officers, firefighters, and emergency medics will have access to this network, which will cover all 50 states. According to a press release issued by AT&T, this public-private investment is expected to create 10,000 U.S. jobs over the next two years. The company is scheduled to start work on the network later this year.

“Today is a landmark day for public safety across the nation and shows the incredible progress we can make through public-private partnerships,” said Secretary of Commerce Wilbur Ross. “FirstNet is a critical infrastructure project that will give our first responders the communications tools they need to keep America safe and secure.”

The partnership will give first responders their own interoperable network, ensuring speedy communication across jurisdictions.

“There’s no connection more important than one that can save a life,” said Kay Kapoor, president of AT&T Global Public Sector. “FirstNet is unprecedented in its vision, scope, and importance to our nation and the future of public safety communications. We’re honored to be selected for this historic and critical initiative.”

In addition to offering quicker communication, FirstNet and AT&T’s network will accommodate the latest first responder technology, including wearable sensors and camera-equipped drones.

FirstNet is an independent authority within the Department of Commerce’s National Telecommunications and Information Administration. It was created in 2012, when Congress passed the Middle Class Tax Relief and Job Creation Act. The law provided $7 billion in Federal funding to build the network, including $135 million to assist state and local jurisdictions with planning activities.

FirstNet will provide $6.5 billion over the next five years to support the network. AT&T said it will spend about $40 billion over the course of the 25-year contract to build and maintain it.

“This unique partnership brings together FirstNet as the voice of public safety and a global technology team with a proven track record and commitment to public safety,” said Mike Poth, CEO of FirstNet. “Together, FirstNet and AT&T will move with precision and urgency to deliver this much-needed infrastructure to those who need it the most: our first responders.”