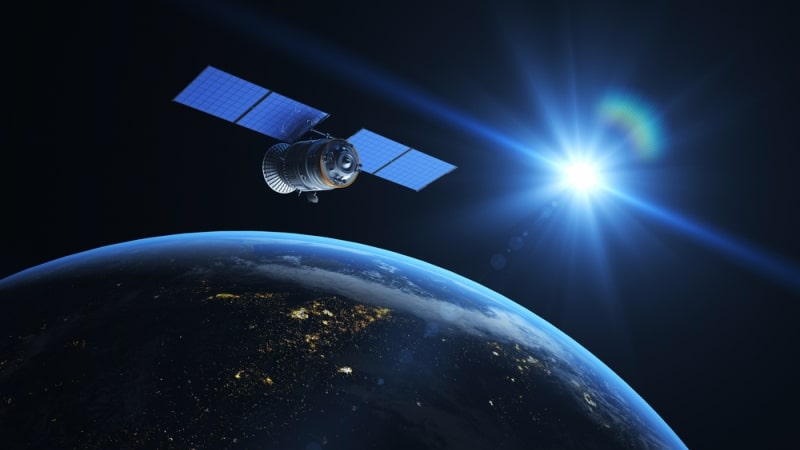 The first GPS III satellite has taken its place in the celestial sphere, initiating an upgrade of the Global Positioning System that promises faster, more reliable service and hardened protections against jamming and cyber attacks for lower costs than the current constellation. But the Air Force, which launched GPS III on Dec. 23, 2018, has a long, uncertain way to go before delivering on a project that has seen significant delays and cost overruns involving both space and ground operations.

The Air Force launched the Lockheed Martin satellite aboard a Space X Falcon 9 Evolved Expendable Launch Vehicle, marking Space X’s first National Security Space mission. Once in orbit, Lockheed engineers began tests on the satellite that are expected to last about six months; operational use is expected in about a year.

If and when GPS III is fully in place–which is years away–it will offer a lot of upgrades over the current constellation. The new satellites’ signals will have eight times the power of GPS II, extending its range and providing better service in cluttered environments, such as inside buildings and around large urban structures. Its civilian service will beam two signals, allowing it to quickly correct any ionospheric errors. And one of those signals will be compatible with other global navigation satellite systems (GNSS), such as those run by China, Russia, and the European Union.

GPS III also will provide a significant upgrade for the military, with the use of M-code signals, which will be more powerful, more secure, and more resistant to jamming than current signals, while also affording the ability to transmit “spot beams” targeting specific regions from a high-gain directional antenna.

Problems also have been compounded on the ground, where GPS III will rely on a next-generation navigational control system, called OCX, which started out with a budget of $3.4 billion (with a 2016 target date for operation) and is now projected to cost $6 billion. The military will need OCX for M-code and other improvements, which requires new ground control stations, as well as upgraded Military GPS User Equipment (MGUE) devices.

With OCX arriving behind schedule, the Air Force and Lockheed worked up a contingency operations system that would allow partial use of OCX. Lockheed has said that the ground system would be ready by May of this year, with software allowing early use of M-code by 2020.

Fortunately, the 31 satellites in the current GPS II constellation are lasting longer than planned. Launched in blocks between 1997 and 2016, the current generation is expected to last into 2021.

Meanwhile, the growing importance of space as an operational domain of warfare and an emphasis on electronic warfare (which includes GPS jamming) could lend some urgency to getting a new generation of GPS satellites in orbit.