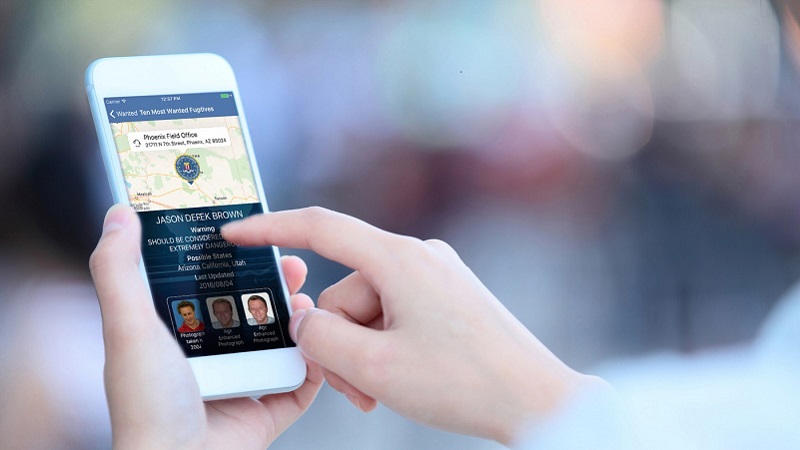 The FBI on Monday announced the release of its Most Wanted application, which provides citizens with pictures and information about investigations into wanted fugitives, missing persons, crime suspects, deceased victims, and others.

“Since the earliest days of the bureau—when wanted flyers were tacked to post office walls—the public has played a vital role in helping the FBI and its partners locate criminals on the run and solving cases of all kinds,” said Christopher Allen, head of the Investigative Publicity and Public Affairs Unit in the FBI’s Office of Public Affairs. “This app is designed to put another digital tool in the hands of concerned citizens so they can help protect their families and communities.”

The app contains all the same information as the FBI website as well as search and sorting features that allow users to customize the displayed information to their location and interests. Users can also contact the FBI with information through in-app buttons.

“Each profile includes a map showing the local field office working the case, a link to the poster on the FBI website, and descriptive details on the individual wanted or missing,” the app brochure said.

The brochure also encourages citizens to download the app in order to contribute to keeping their communities safe, reunite kidnapped or missing persons with their loved ones, and potentially receive a reward for providing information that leads to the arrest of a wanted criminal or recovery of a missing person.

The Most Wanted app is the third app released by the FBI, following the successes of the 2011 Child ID app and 2016 Bank Robbers app.

“Thousands of cases have been solved over the years thanks to the watchful eyes of concerned citizens, and that has made the country a safer place for all of us,” said Allen. “The FBI Most Wanted app will help carry on this tradition of partnership. We encourage everyone to download it and report any pertinent tips to the FBI.”

The app is free to download on both Apple and Android devices.