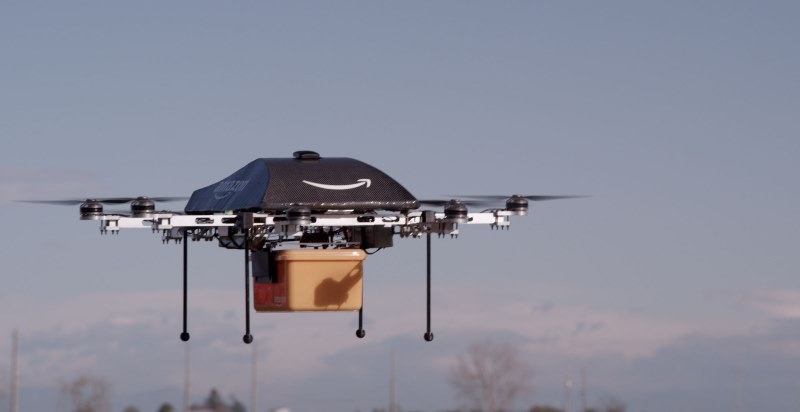 The Federal Aviation Administration has not established any rules for commercial companies that collect and retain personal information, according to Earl Lawrence, director of the FAA’s Office of Unmanned Aircraft Systems.

Several commercial companies have added unmanned aircraft systems, or drones, to their delivery fleets. These devices, furnished with cameras, have the ability to photograph people and their possessions. For example, a drone could photograph the license plates of cars at a health clinic and sell the information to insurance companies.

Lawrence, who testified at the Senate Committee on Commerce, Science, and Transportation hearing on March 15, said the FAA has no rules in place regarding what data commercial drones can collect, whether companies can sell such data, and how long companies can retain the information they gather.

“There is a Dickensian quality to drone technology. It is simultaneously the best of technologies that can enable and ennoble, but it can also degrade and debase human beings as well,” said Sen. Ed Markey, D-Mass. “A lot of the bad stuff deals with privacy. Right now, there are no safeguards in place against the collection and sale of personal information.”

Markey said that drones present a host of privacy concerns because they have the capacity to take pictures of kids playing in yards and shoppers going from store to store. Lawrence stated that these issues are the FAA’s “chief concern”; however, the FAA does not have a place on its website where people can look up what drones are flying in their areas at a given time.

The FAA is working with the Drone Advisory Committee, a group of industry stakeholders, to determine sufficient regulatory parameters and address these privacy concerns, Lawrence said.

“A lot of people in the commercial sector don’t want a lot of rules,” Markey said. “Here are families not letting the salesman into their living room for a hundred years, and suddenly there’s something taking pictures of you shopping down Main Street. From my perspective, that’s a dangerous environment for our society.”

Drone regulation is a point of contention because private sector companies are usually not as strictly regulated as Federal programs. John Villasenor, professor of Engineering and Public Policy at UCLA and Visiting Fellow at the Hoover Institution, teaches a course at UCLA’s law school called “Digital Technologies and the Constitution.”

During his testimony at the hearing, Villasenor said that broad Federal legislation is not necessary because drones do not put privacy at risk in ways that fall outside the scope of existing constitutional, statutory, and common law privacy protections.

“The fact that unmanned aircraft can potentially be used to gather information in ways that violate privacy does not mean that new Federal unmanned aircraft privacy legislation is needed,” Villasenor said. “Congress has a vital role in addressing the privacy challenges raised by emerging technologies. Part of that role involves knowing when not to legislate.”

On the other hand, Emilio Gonzalez, director and chief executive officer of the Miami-Dade Aviation Department, stressed the importance of Federal regulations that would keep drones a safe distance from airports. Miami International Airport, which Gonzalez oversees, is the largest U.S. airport for international freight.

According to Gonzalez, drones are a hindrance to this already bustling airport. In 2016, airport officials in Florida spotted 126 drones on premises between the months of February and September.

“Although I understand there are agricultural energy-related reasons why we need to have this technology, at my airport, we don’t need to have this. From a critical infrastructure perspective, my job is to look for ways to bring these down,” Gonzalez said. “If you lose a UAS over a cornfield or a power line, that’s an unfortunate cost of doing business. If one of these things gets in front of an aircraft, the results are catastrophic. You’re talking about people’s lives.”