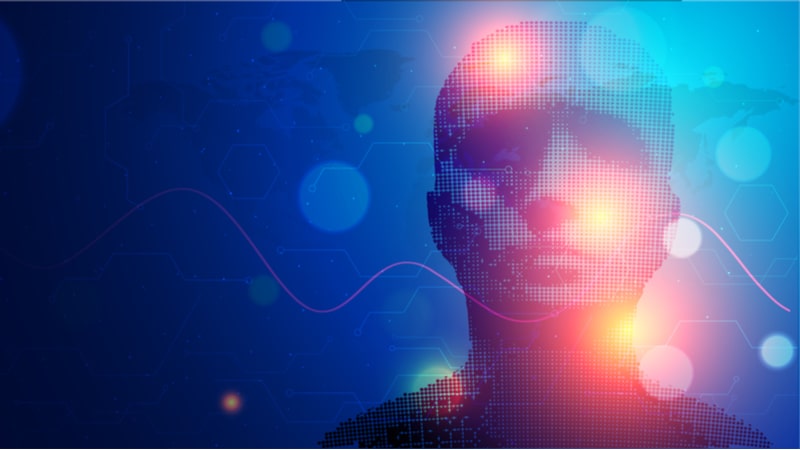 John Wagner, deputy executive assistant commissioner at U.S. Customs and Border Protection (CBP) – and unofficially the agency’s prime mover behind the use of biometric technologies including facial recognition – is retiring from Federal government service on July 18, after 28 years of service.

Shortly before his departure, we sat down with Wagner to discuss the state of the art in biometric tech, the practical uses and limitations of facial recognition, and how the next generation of algorithm development and Federal policy-making will end up impacting the technology and its use. With some editing, here is some of what he had to say…

MeriTalk: Congrats on your retirement from Federal service. Any future plans you’d like to talk about? 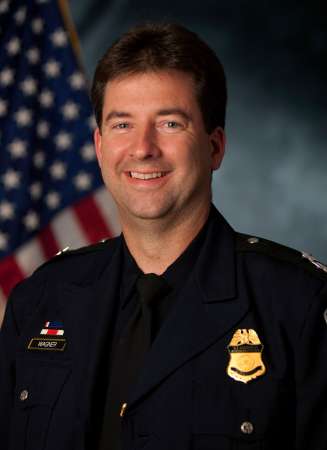 Wagner: Nothing yet. I’m kind of seeing what the private sector has to offer, and how all that works. This is the only real job I’ve had since coming out of college.

MeriTalk: Your thoughts on 28 years of government service?

Wagner: It’s been an absolutely wonderful career choice. I was fortunate enough to work on some amazingly interesting and historical programs events circumstances. Having experienced September 11 and everything after that, and working on the southern U.S. border as the North American Free Trade Agreement really kicked in, and experienced the growth in travel and trade, you get a sense of just how important an agency like CBP can be around the globe. It’s been very rewarding working with people all around the world.

MeriTalk: Your career arc has really seemed to follow the arc of modern technology development, including biometrics…

Wagner: That’s one of the things I was responsible for, in connection with the travel and tourism portfolios which is something I personally managed from my level. That allowed us to develop technologies for biometric exit, which was a really a difficult challenge for DHS to solve. It took more than a decade to figure it out. And it wasn’t till we packaged it all together with stuff we had built for national security and facilitative travel, that’s how we came up with the solution that actually made travel better for people.

MeriTalk: Biometrics in the popular mind is becoming closely associated with facial recognition technologies. What’s under the broader umbrella of biometrics?

Wagner: It’s really any unique characteristic that we could apply to you, and then match you against it to identify you. Biometrics includes finger prints, and a whole lot more. There are iris analyzers, gait analyzers, voice analyzers, analysis of the veins in your hand, all kinds of things. As you try to decipher that, you look at what solves the challenge of the problem we are trying to fix.

MeriTalk: CBP could use any of those in theory, but the photograph is essentially the one you have settled on?

Wagner: Correct. We’re not moving away from fingerprints, which we use in the government’s first encounter with a foreign national, because that gives you the ability to conduct criminal checks. But what we looked at was is that the biometric we need to use every single time? And if we’re trying to do it in a departure space is that the logical approach? Rather than fingerprints, the photograph gives us something that we have for everyone including U.S. citizens, because a passport has your photograph as part of it.

That photograph is your biometric that you are required to present at the airport to establish your identity and your citizenship. What had been a manual review to evaluate whether that photograph looks like you, we did with a computer algorithm to help make the same decision. That’s facial recognition technology.

MeriTalk: By all accounts, it’s not a perfect technology and it’s not right every time. A study issued late last year by the National institute of Standards and Technology (NIST) found, among many other conclusions, that the majority of facial recognition algorithms produce “demographic differentials” – or variations on the ability to match two images of the same person depending on demographic groups including race. What are your thoughts on the effectiveness of facial recognition tech for how CBP is using it?

Wagner: It can be very effective if it used correctly. But depending on how you use it you can get dramatically different results. The NIST study said there are many companies selling the technology but not all algorithms work the same. The algorithm is one piece of it, and the other piece is the quality of the photographs, their age, and other factors.

In our case, the way we’ve architected this – and no one’s really studied this yet and this is what we’re trying to push the NIST people and others to look into – is we’re not taking your picture and running it against a random set of photographs. We’re taking your photo and running it against pictures of people on your flight or people traveling that day, and one of those photos is you.

So we have a very limited number of pictures we’re running it against, and one of those is you. So we’re really just submitting this photo of you and saying, “Who does this most look like out of the people traveling today?” Your picture is supposed to be in that group, it’s not like we are running you against a set of mug shots expecting that you are not in there.

So it’s us looking through a group of photographs that are preassembled based on who the airlines tell us is flying, and we are using high quality images from passport, visa, and travel photos. We’re not using images from social media or security cameras, or surreptitiously taken photographs.

MeriTalk: With that kind of set-up, what’s the accuracy rate that CBP is getting?

Wagner: We’ve been seeing 97, 98, 99 percent accuracy. Where you most see the inability to match is if your face has changed dramatically from your passport photo, most likely if you are a child and it’s been a few years since the photo was taken. Lighting conditions when the photo was taken have an effect, whether you moved a little when the picture was taken, those kind of environmental factors can make the matching imperfect. If the algorithm doesn’t get a match, then you present your passport and someone reviews it manually.

MeriTalk: Getting back to the technology of it, what needs to happen to close that two percent performance gap? Does it have to wait until the invention of the next best algorithm?

MeriTalk: Is there any kind of next frontier for biometrics development, and what about legitimate privacy concerns with the technology?

Wagner: The public is concerned with privacy. I think facial recognition has a lot of potential in government and in the private world too, but it’s more about addressing those privacy concerns first – who’s taking my picture, where does it go, who is it shared with, and for what purposes can it be used. And what happens to all of that information? There’s the growing concern about all your data that’s collected, shared, sold, and remarketed. Public pushback on that will impact the technology’s progress.

The use of biometrics – especially facial recognition – can make life convenient for people, but at what cost? But at a minimum, I think we can make government services a lot more secure, and a lot more convenient and facilitated for people by implementing the technology now assuming you have the right privacy controls in place and the right restrictions on what the technology does.

MeriTalk: On the government side, how well established in law and regulation are obligations to keep data private and secure?

Wagner: The regulations that pertain are the Administrative Procedures Act and the Privacy Act. In the case of CBP, we’ve published privacy impact assessments, those are publicly available. Our procedures start with our privacy officer to determine does the agency have the authority to collect specific information and use it for their mission. If the answer is yes, then what are the conditions under which it can be used, how long can it be stored, and who has access to it. That information has to be documented in our privacy impact assessment, and a systems of record notice. And then you have to put out a notice about the program itself.

For instance, the Privacy Act would restrict us from browsing the data, sharing it without authorization, selling it, just poking through files. There are very severe penalties for that kind of stuff.

MeriTalk: You spoke earlier about the public’s acceptance of the technology. From where you sit, how much of that is industry’s battle to fight versus how much is on CBP’s plate so that when people get to the airport they trust your technology?

Wagner: A little of both, I think. There have been discussions in Congress about some very broad-based restrictions on the use of facial recognition, and there have been private businesses that have restricted who can use their products. What we’ve been trying to focus on is differentiating what we’re doing at the airport from what might be done in a law enforcement sense in a public place.

So it’s a little bit of both because it has an effect, and we are trying to just be clearer with the public as to what exactly is happening with your information on how we’re using it. If we can set those examples and set that framework and set that expectation, maybe that can help inform the rest of the discussions about how it’s used in a public place or in a private enterprise.

MeriTalk: Do you sense much pushback to the technology from people who get on airplanes, or is the feeling that it constitutes what people expect from good airport security?

Wagner: For most travelers I think our experience is that people just want to get through the airport quicker. They want less hassle, less congestion, and less complexity. Traveling can be a stressful, anxiety-ridden experience. To the extent we can streamline that and put consistency to it, and have people feel secure, our experience is that most people look at it and say, “Wow, that was pretty easy.”

MeriTalk: Do people even realize the technology that is involved in what CBP is doing, or does that become sort of invisible?

Wagner: Well, they’re standing in front of a camera, and we instruct people to look at a camera, so yes. But people also have the expectation when they’re entering or leaving the country they are going to have to show their passport and establish their identity. So there is a different expectation of privacy going in. As we tie in other services at the airport like boarding the actual plane and not having to show your boarding pass, or going through TSA or checking your bags and not having to show your ID, but instead having your picture taken, I think that’s where we really need to work on the educational part. In boarding a plane, you still have to establish your identity. This is a really easy way to do that, and we know most people will opt in for that, or not opt out actually.

MeriTalk: Last question – if you left a note on your successor’s desk and said here are two or three things that you ought to focus on going forward, what might those be?

Wagner: We’ve been having those discussions. The role I’m in – deputy over field operations –

It’s 30,000-plus employees, it’s all ports of entry, it’s cargo, it’s everything that comes in and goes out of the United States, so there’s a lot of different aspects to it.

Some of the major things are trying to stay on top of current events by looking at current risks, and making sure the agency is positioned to address current risks and current threats. That could be anything from enforcement, national security threats, our travel and tourism obligations, or the economic prosperity of making sure that cargo moves faster.