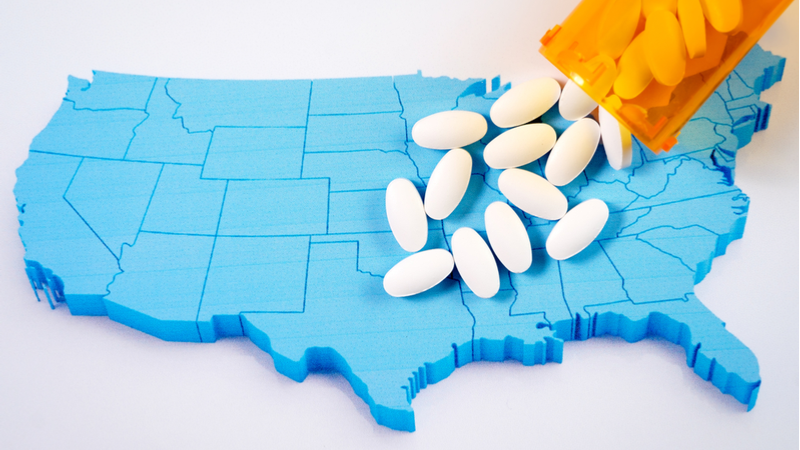 The government has been trying to apply artificial intelligence to combat the opioid crisis, with projects like real-time mapping of the signs of illegal drug use, and prescription monitoring programs to identify high rates of opioid prescriptions and incidents of “doctor shopping” for the drugs.

The Department of Homeland Security wants to add innovative technologies to another element of the battle, looking for automated methods of accurately detecting opioids in parcel packages, which has become a mounting problem. International mail in recent years has become a major avenue for smuggling the drugs, which caused the overdose deaths of approximately 50,000 Americans in 2017, according to the National Institute on Drug Abuse.

The cross-agency effort, called the Opioid Detection Challenge, is looking for “novel, automated, nonintrusive, user-friendly and well-developed plans for tools and technologies that have the potential to quickly and accurately detect opioids in parcels, without disrupting the flow of mail,” with $1.55 million in prize money available, according to its website.

The challenge, which kicked off in February and will run through the fall, is being sponsored by DHS’s Science and Technology Directorate and U.S. Customs and Border Protection (CBP), along with the U.S. Postal Inspection Service and the White House’s Office of National Drug Control Policy. It specifically aims to be able to detect opioids in parcels as they move through international service centers and express consignment facilities.

Opioids are increasingly being shipped through the mail, often in pure, powdered form that’s more potent than what gets into the country via border points, but which is shipped in small amounts that are hard to detect. The difficulty of detecting small amounts is compounded by the volume of mail, with the Postal Service alone handling about 1.3 million inbound international packages each day, and other shipments being made through commercial operations like UPS and FedEx.

Small amounts in the mail still can do lot of damage. The synthetic drug fentanyl, for example, is 50 times more powerful that heroin and 100 times more powerful that morphine. It is often mixed with cocaine or heroin for use by people who don’t know they’re taking it. China is the biggest supplier of fentanyl to the United States, U.S. officials say. Orders typically are made online (and increasingly paid for with digital currencies) and shipped through Canada, Mexico, or other countries to cover the tracks. As a result, the challenge webpage points out, “large-scale drug trafficking can occur via very small packages sent in the mail.”

The DHS is looking for ideas in detecting opioids from a variety of fields, including AI, forensic science, and industrial quality assurance. The challenge will take place in two stages, with the first focusing on identifying well-developed plans. In Stage 2, the challenge will support the development of functional prototypes that will ultimately face mandatory live testing in which the finalists demonstrate their prototypes at a selected government facility.

The ground rules include restrictions that will require innovative solutions. For instance, the solutions cannot physically penetrate a parcel or pretreat parcels with powders, sprays, solutions, or liquids. They have to draw their conclusions based on the package itself–height, weight, handwriting, appearance–and information about the sender and recipient that comes only from government or private/commercial databases, not from any other external source. The challenge also puts size limits on solutions, restricting them to no bigger than 180 inches by 81 inches by 78 inches, and must be able to process parcels at least up to 27-by-17-by-17 in size (with 27-by-21-by-14 being the ideal target).

If effective tools come out of the challenge, the government plans to deploy them at international mail, express consignment facilities, and other places where mailed opioids could pass through.

Federal, state, and local agencies have launched a number of programs using technology to try to fight the opioid crisis. CBP last year announced plans for advanced detection and surveillance technology plans for border security–including drug trafficking–which would benefit from automated AI-powered analysis of video feeds being developed by the Department of Defense’s Project Maven. The Department of Agriculture has launched a public-facing data tool that combines and analyzes opioid data gathered from across the country. States such as Missouri and Pennsylvania have instituted real-time prescription monitoring programs, and local governments like New York’s Nassau County have introduced real-time mapping of drug-related activity.

Those efforts mostly address what happens when opioids are already in the market. The Opioid Detection Challenge is taking a shot at keeping them from getting there in the first place.