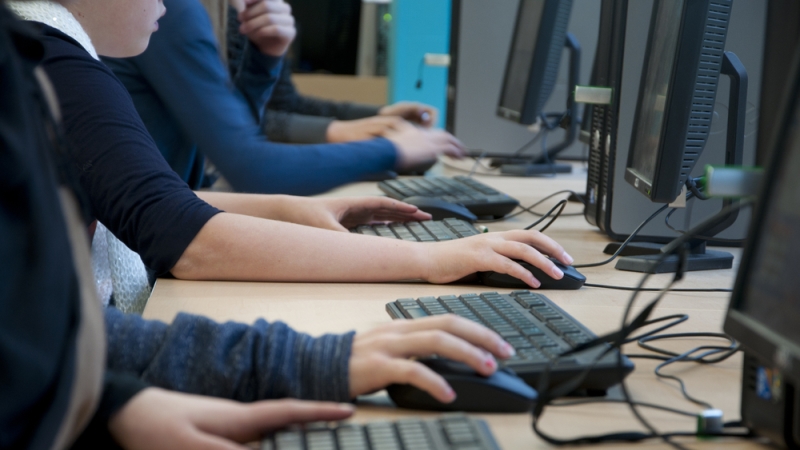 Through its series of summer camps and competitions, the Air Force Association’s CyberPatriot program is aiming to expand the cybersecurity workforce for both the public and private sector.

The CyberPatriot competition began in 2009 with eight teams composed entirely of JROTC and Civil Air Patrol Students and with only a single sponsor. Last year the competition featured 4,404 teams with a variety of government and industry sponsors. The competition has also expanded to include both high school and middle school students, with further outreach to elementary and pre-K.

“We started off 100 percent with students who are in JROTC and Civil Air Patrol. As of today, the ratio is about 2:1 non-JROTC students versus JROTC students. So the growth has been strong in both populations,” said Skoch, emphasizing that the program’s goal was not to farm workers for the military or government but to expand the cyber workforce overall.

“People conflate the Air Force Association with the United States Air Force, and some people just left to a website or left to some of our printed literature will go, ‘this is an attempt to recruit our bright daughters and our bright sons to be cyborg warriors at the National Security Agency.’ We’re OK if they do that, but that’s not our purpose.”

“We consider CyberPatriot a leading cybersecurity competition for middle and high school students, giving them experience similar to an IT professional. It is an invaluable way for students to learn about the career,” said Cecily Joseph, vice president of corporate responsibility at Symantec, which sponsors CyberPatriot. “Our perspective is that allowing students to try programs like this in middle and high school will lead them onto a path to explore the career pathway and on to a promising career at Symantec or a company similar to ours.”

“We also value the outreach CyberPatriot does to include girls and underrepresented minorities into their program,” said Joseph. “With only 11 percent of the current cybersecurity workforce being female,  we have a diversity problem in our field. CyberPatriot makes a point to recruit girls into their program and has nearly achieved gender parity through their efforts. With this intentional recruitment of girls, the hope is that programs like this will change the trajectory of the diversity of the cybersecurity profession as more students choose to continue their studies in the field.”

Skoch said that his program is also getting more and more attention from members of Congress as the need for a cyber workforce becomes more apparent.

“We used to have to go beg on Capitol Hill,” said Skoch. “What’s happening is, word of mouth is spreading.”

Congressional efforts to expand the cyber workforce have included discussions about scholarship offerings, and Rep. Will Hurd, R-Texas, has indicated that he wants to introduce legislation that would create a Cyber National Guard or scholarship-for-service program.

“We’re very excited about building the cyber workforce, and it’s good to hear [about] that member of Congress,” said Skoch, adding that he is reserving judgment on that potential bill until more details are revealed. “Creating a Cyber National Guard is a good thing, and that addresses the national defense perspective of this, but this cuts across every enterprise. I think equally important is infusing cybersecurity into every student.”

According to Skoch, cyber should be a part of every student’s education as early as possible.

“The reason we teach students English is because we expect them to be able to communicate effectively. The reason every high school in America requires some math proficiency to graduate is because we think math is important to society,” said Skoch. “It’s my personal view that every student in every major in every high school in America should be exposed to some element of cybersecurity awareness.”

Registration for this year’s competition ends Oct. 5, with the final competition April 15-19, 2018.